Steinberg has released an update for Cubase 4 ahead of its official release this week. The version 4.0.1.2074 update is available from their FTP server. A PDF of known issues and workarounds is also available.

Cubase 4.0.1 / Cubase Studio 4.0.1 include major quality, performance and stability improvements over version 4.0.0. This update is recommended for all users. The following function areas have been improved in Version 4.0.1: 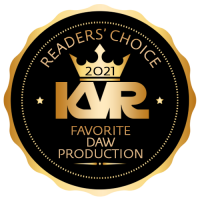