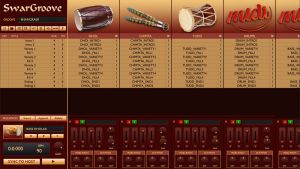 Swar Systems has announced that both its Indian virtual instruments plugins - SwarPlug and SwarGroove - are now compatible with the new Apple Silicon (M1) Macs. As Universal binaries, they will run natively on both Intel and M1 Macs.

SwarPlug is a synth featuring over 80 sampled instruments from all over India. Each instrument also includes loads of MIDI loops that can be used as base for a song, or as inspiration.

SwarGroove is an Indian drums ensemble plugin featuring no less than 200 multi-tracks, multi-loops styles (grooves) from all regions of India.