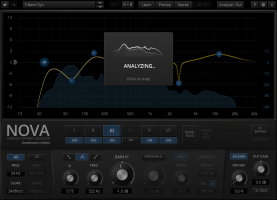 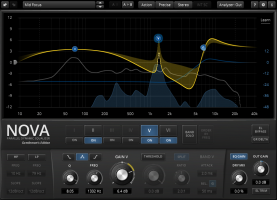 The GE version now features an enhanced Q range for unlinking a band's sidechain bandpass, and last but not least, the Smart Actions known from the SlickEQ series such as Spectral matching, Deresonate, and more.

TDR Nova standard can be downloaded for free via the official page. Customers of Nova GE will find updated binaries in their library, free of charge. Interested customers can alternatively try out the demo edition.

Continue this sentence with song lyricsby Aloysius @ 20:19 in Off Topic Classics