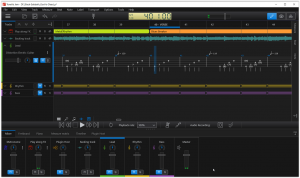 ToneLib has updated ToneLib-Jam to v3.7.2, a minor update that is downward compatible with all previous versions. All existing song projects and presets can be loaded without any further steps necessary. They will benefit from the enhanced sound quality.