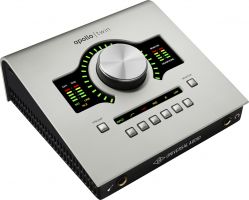 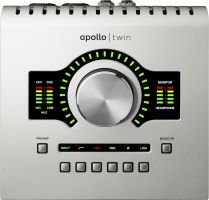 Available in both SOLO and Duo models (with either one or two Analog Devices SHARC processors, respectively), Apollo Twin is now shipping worldwide with estimated street prices of $699 (SOLO) and $899 (Duo).