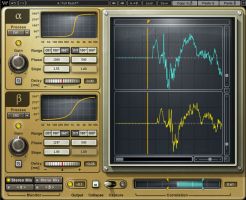 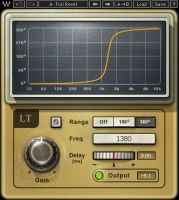 At NAMM, Waves Audio is displaying its new InPhase plugin. Designed for recording, mix, mastering and live FOH/monitoring engineers, InPhase has been developed to correct phasing issues between tracks.

As many engineers and producers know, phasing problems are encountered during all stages of the production process:

Even small timing differences can cause subtle drops in volume as well as reduced punch and clarity. Waves’ InPhase gives users the power to align their tracks and restore phase coherence.

The advantages of Waves InPhase are numerous. The plug-in features easy-to-use dual waveform displays with up-to-sample resolution zoom; waveforms can be moved manually along the timeline or align tracks in relation to an external sidechain input; the phase shift curve window shows users the phase shift curve across the frequency line; the correlation meter shows to what extent tracks are in- or out-of-phase; and the plug-in features dual 2nd order allpass filters, mono and stereo components, and dedicated live components.

Waves InPhase will be available Q1 2012 with pricing TBA. It is also available at no additional charge to owners of Waves Mercury with current Waves Update Plan coverage.