Login / Register
My KVR0Updates
00 items | $0.00 CHECKOUT New
Plug-in Developer?
Search
Who are we in the KVR community in 2020?VOTE NOW
Mideast Vocals IIby

Mideast Vocals II by Rast Sound is Soundware (e.g. samples or presets that load into other products). 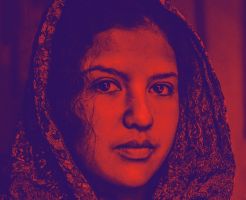 Building on the success of Mideast Vocals version one, Mideast Vocals II is developed considering all the feedback & fantasies received from the users.

Willing to offer most variety as of voice and culture, we have recorded 4 performers for the second version. Every performer brings their own soul to the performances and their timbre to the instruments.

Alongside with solo – playable vocal instruments built on Kontakt with a capable GUI, for the first time we are very excited to offer a Vocal Ensemble (small choir if you wish) which sounds fascinatingly exciting.