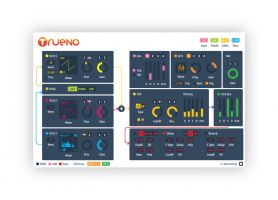 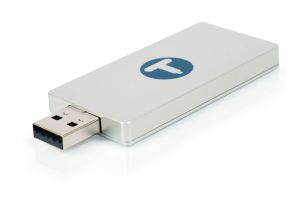 Trueno by WS Audio is a Virtual Instrument Audio Plugin and a Standalone Application for macOS and Windows. It functions as a VST Plugin, an Audio Units Plugin, a VST 3 Plugin and a Standalone Application.
Product
Version
1.02
System Requirements
- 32/64-bit Windows 8 or 10 PC (Note: Trueno does not currently work with Windows 7 or below).
- A relatively modern processor. Trueno should work well with most mid-range CPUs made in the last few years.
- 2 GB of RAM or above (each plugin instance uses around 40 MB of RAM).
- 1 free USB 2.0 port.
- CD drive or internet connection for installation.
- To play Trueno, you will need either a MIDI Controller or a DAW (Digital Audio Workstation) with VST or AU support.
- On Windows systems we highly recommend you use Trueno (or your DAW) with an ASIO compatible audio interface for optimal performance.

Product
Version
1.02
System Requirements
- Mac running OS X 10.11 or above.
- A relatively modern processor. Trueno should work well with most mid-range CPUs made in the last few years.
- 2 GB of RAM or above (each plugin instance uses around 40 MB of RAM).
- 1 free USB 2.0 port.
- CD drive or internet connection for installation.
- To play Trueno, you will need either a MIDI Controller or a DAW (Digital Audio Workstation) with VST or AU support.
Tags
Tags:SynthAnalogSynth (Analogue / Subtractive)TruenoWS Audio
Instrument
Formats

Trueno (from the Spanish for thunder) is a 3-oscillator analogue synthesiser in a USB stick. With the same oscillator circuits found in modular monstrosities and its wild, aggressive filter; Trueno does not compromise on sound quality.

Powerful features such as a built in 24-bit ADC, instant preset recall and automation control allow it to integrate easily into your music production process or performance. By swapping the front panel for full PC/Mac control from a VST/AU plugin or standalone application, we can offer Trueno at a price that can't be touched by anything with comparable features.

Now you can add the raw, powerful analogue sounds you've been craving for the same price as a plugin.

Trueno is a unique beast in several ways. Obviously the concept of putting analogue circuitry into a USB dongle and controlling it all from a VSTi is unique but so is the character of the sounds you get from it. It has a gritty character that you just don't hear in modern synths any more. Listening to the presets takes me back to the early 80s and the sounds I was getting from my Arp Axxe or Korg Mono/Poly. When you start to work on your own sounds, that character shines through even more. Even in paraphonic mode, where you only get one oscillator per note, the sound has a width and depth that surprises.

Another unique thing about Trueno is that it isn't just an analogue synth, it also has a range of digital (additive) oscillators available and you can edit them to create a virtually limitless range of oscillator sounds to work with. The way it works is definitely unique - the USB dongle generates the raw analogue oscillator tones and contains the analogue filter but everything else is done on your computer, via the standalone app or the VSTi plugin. So it's a hardware synth that can also be a bit of a CPU hog at times. Strange but true.

You get 3 oscillators and you can select from the three analogue waveforms - saw, pulse or triangle (plus noise on Osc 3 only) - or multiple digital waveforms on each one. Each osc has it's own gain control and once you get the gain above about half-way, it starts to overdrive the filter, which is where the fun really starts for me. It can get amazingly thick and nasty with little or no effort. The filter itself offers low-pass and band-pass modes and is flexible enough with resonance that is very controllable. Osc 3 can be used as an analogue modulation source, with limited destinations.

For such a small, clean interface, Trueno packs a lot of features. You get dedicated filter and amp envelopes but there are also 4 x modulation envelopes and 4 x LFOs, all with drag-n-drop assignment and straightforward control. It's very intuitive once you take 10 minutes to read the printed manual that comes with the synth.

It's not all roses, I've had a few problems where the sound starts to get distorted and the only way to fix it is to shut down Cubase and restart it. (Unplugging the synth didn't fix it.) It has only happened twice but it was a bit of a buzz-killer both times. That said, it's a small price to pay for a synth with such a great, unique character that is so much fun to work with, it's not even worth knocking a star off for.