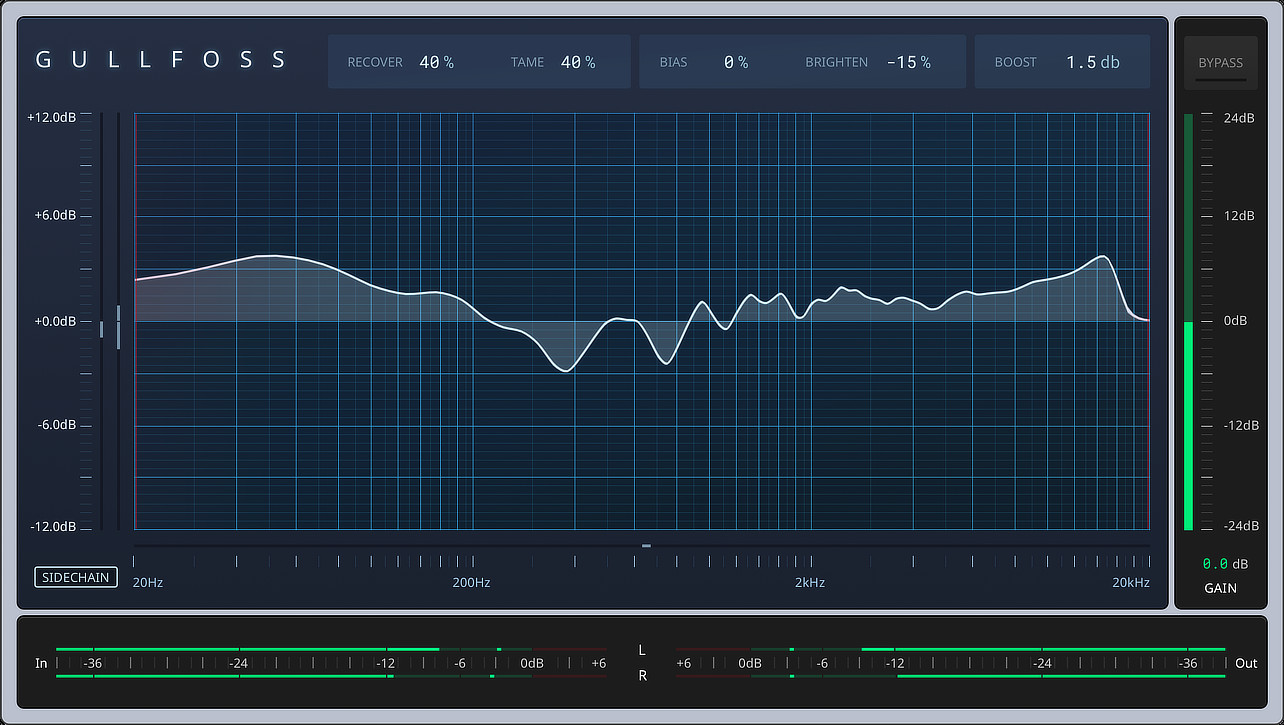 Soundtheory have been at the forefront of the intelligent EQ segment since the initial release of their flagship product, Gullfoss. At its core, Gullfoss is a dynamic equalizer capable of making adjustments automatically based on their unique auditory perception model which set it apart from other AI based offerings from other developers.

The first time you load up Gullfoss, you quickly realize its remarkable talent for just making things sound better and clearer with minimal effort. This is largely due to the aforementioned auditory perception model from which it derives its decisions about which frequencies to either boost or cut. The human ear perceives audio differently to how it may physically occur and tends to favor certain frequencies. Much the same way in that dogs are sensitive to high frequencies, our perception of audio is closer to pink noise, which is coincidently where Gullfoss draws its name from, taking inspiration from the similar noise generated from the famous Gullfoss falls in Iceland. Gullfoss derives its equalization from identifying masking in audible elements of the input and corrrecting this. This results is your audio being processed in a way that highlights favorable relations between frequencies. 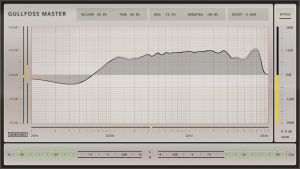 Despite the complex EQ technology under the hood, Gullfoss is beautifully simple in its operation. The effected area of the frequency spectrum can be focused by means of high and low frequency limiters, after which you simply dial in a percentage of recovery and tame settings, both of which cut or boost frequencies to acheive the required amount of balance as per the auditory perception model at the core of Gullfoss. The tone can be adjusted further by means of a bias control, allowing for more frequency range to recover or tame signals, a brighten control and the boost dial which adds a typical 'smiley face curve' or mid-scoop loudness contour.

A plugin for every occasion 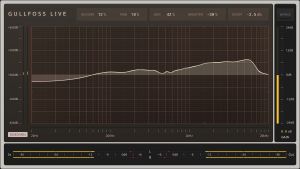 In its latest update, Gullfoss now features two additional plugins, namely Gullfoss Live and Gullfoss Master. The Live version incorporates low latency processing making it more viable for tracking and mixing. The Master variant allows for finer control over its parameters as well as increased precision and an optimized algorithm. All versions in the update now also include a sidechain option too.

Gullfoss is an exceptionally well executed plugin, seemingly acting as the 'cherry on top' of pretty much anything you feed through it. With the addition of it's new variants, it is now far more flexible and will no doubt be one of those unique plugins you reach for at least once in every project you start. Highly recommended.

Gullfoss retails for $199. A trial version is also available at www.soundtheory.com.