Differentiating from the crowd: An Interview with Joe Trupiano from Sample Logic 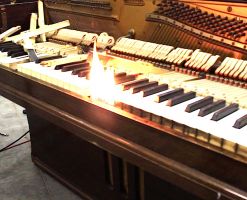 There is no shortage of sound libraries on the market; in fact it can be kind of overwhelming. In 2006 the founders of Sample Logic, Joe Trupiano and Keith Robinson, had the prescience to know that differentiating from the pack would be a key to success. They have done so by employing some rather unusual techniques, and one can't help but admire their creativity. Joe was kind enough to take some time to talk about it.

So, you started with piano lessons?

Second grade, yeah. I took a lot of music composition classes and music theory classes well before college. I went for digital arts music at Stetson University in Florida and it was really exceptional. We had a class where there were 30 computers all linked up and connected to a network and we used Max/MSP and Csound. The professor there gave me the idea that sound is divided into ambience, impact, rhythm, melodies, and that's a lot of the fundamental division of what we do as far as instruments go with Sample Logic products now. From there I went to NYU for my master's degree in composition and music technology. That's where I met my partner.

Was there any particular format that you liked to write for, like string quartets or full orchestra? 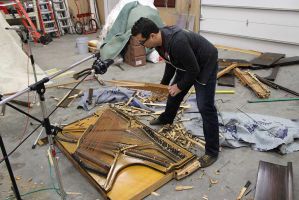 Because I was raised on piano, I did a lot of piano composition, and some orchestral, some string quartets, but the main thing was that I got into the digital realm and started to use the computer as my main instrument. That's when it really took off for me, and that was mostly at NYU.

I enjoyed composing for the computer more than notating it and having someone else play it. But I was constantly finding the challenge of not being able to find the sample that I wanted to make a final production composition. And that frustration turned into my thesis project, which was to design a sample library company and start it up. Basically NYU pushed me into my current occupation. I graduated with Keith and we started the company in our apartment in Brooklyn in 2006 with a couple of Macs.

Did you ever think about doing music as a profession, as opposed to developing the company?

I did some internships and realized that there are so many great composers and so many good musicians out there, I figured I'd much rather make tools for musicians and composers than try to be in that huge pool with everybody else. So we started with Ambience, Impacts and Rhythms (A.I.R.), which was our first product. We did it at a time when there weren't a lot sample library companies out there, so we got our foot in the door.

When you released A.I.R., whom were you selling it to?

TV and video game composers. A lot of them are in Europe actually. Europe and California are our two most popular locations. We sold A.I.R. for $300. At the time, a $300 sample library was a steal of a deal, whereas nowadays, a $350 sample library better be something really magical, just because of the way that the industry has changed over the last eight years.

Any thoughts on that? 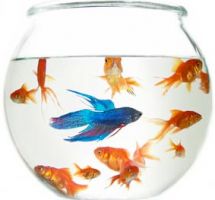 The fish bowl is getting crowded...

Tell us about your new product. 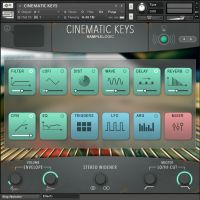 We're sticking to our motto, which is "Blurring the line between music and sound design" with our new Cinematic Keys library. We took a piano, brought it to a scoring stage and destroyed it. We took axes to it and we set it on fire. We chopped strings off. And then we recorded everything and used all of that material to make rhythms and impacts and a lot of organic sounding instruments that are completely different from a traditional acoustic piano. 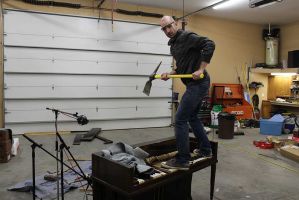 Well, it was a junkyard piano, but it still kept its tune actually. There are also lots of Wurlitzers and organs and stuff that we didn't destroy of course. So not only is it a traditional samples product, but it's also morphed and destruction material, which makes for some cool cinematic sounds.

Did you do something similar when you did "Cinematic Guitars?"

Cinematic Guitars was a similar approach, just with guitars. We set guitars on fire. We broke guitars up a million different ways. For Cinematic Guitars, we teamed up with Steve Ouimette, who was hired to play the guitar on all the Guitar Hero games. He's really versatile.

Do you carry a recording device with you everywhere you go? 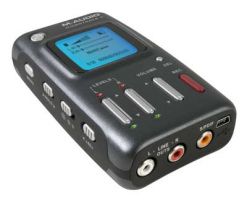 I do. I carry the M-Audio MicroTrack. We record a lot of stuff, just field recordings.

One time we were in Boston on vacation and there was this playground that had these huge metal drum cables. They made the most amazing sound. So I put the vacation on hold and we recorded it. We really try to put a concept together with these projects where it really tells a story and it has a message to it. It's all the way from the interface level too. So the interface kind of tells that story, and the sound designs and everything.

You released Arpology about six months ago. How is that doing?

It's doing great. We're got all kinds of composers, from James Newton-Howard to Crystal Method, all major, A-list composers to novices and people that are just getting started.

Arpology was kind of an eye opener for us. Previous to Arpology, it was all about the sound of the sample library, and moving forward, our focus has shifted as a company now to not only deliver amazing sound, but to deliver an amazing set of tools that the end user can use to shift and infinitely morph and change the sound. It's a two-folded product—new innovative tools along with samples.

Everything you guys have done has been in Kontakt. Why Kontakt?

The scripting is really great with Kontakt. With Arpology, you can set the duration of each note, you can set stutter, and change the direction of the arpeggiation, and have arpeggiations inside of arpeggiations. The Kontakt engine drives the pattern. We program these patterns and create these presets that the user can browse through. And then, they can drag the pattern from the instrument over to their DAW and have a MIDI file of the pattern. So if they didn't want to use the Arpology sound set, they could still use other sounds. So for example someone can use Arpology to generate their arpeggiations and then bring them over to Massive.

At one point we were considering going on the leap and developing our own engine, but from all of the people we've spoken to, everyone's says it's not worth it, it costs millions of dollars in research and development, and by the time we'd get up and running, good luck if we ever recoup the investment.

We've done a couple of Ableton Live packs, and we've done Kontakt sample libraries as opposed to the Kontakt Player product, but we definitely see a difference in sales and interest because our customers want their library to show up in the Kontakt library browser.

Our main focus is on blurring the line between music and sound design, and by that I mean not your traditional trumpet, but something new and organic that both sound designers and musicians can both use. And that's been our niche since day one.

Final Note: If you're not a card-carrying member of PETP (People for the Ethical Treatment of Pianos) and you are interested in products that stray off the beaten path you should check out Sample Logic's range of products, including Cinematic Pianos. 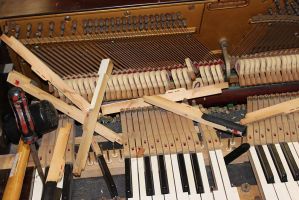 Is this what John Cage had in mind?