Finland, a country of rich musical heritage, is on the other side of the globe from the KVR's California office. Finnish interest in music is passionate and diverse. In fact music played a role in Finland's independence in 1917 due in part to the work of Finnish hero and patriotic composer, Jean Sibelius. 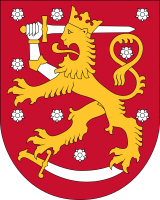 With a country that's passionate about music it naturally follows that there would be commitment to music recording and music recording products. And, this commitment would ultimately breed high-level software designers and engineers. One of those is Olli Keskinen (not to be confused with the Finnish television personality of the same name), who was kind enough to sit with us for a conversation about his company, oeksound, and their products, soothe and spiff.

When I think of Finland I think of the arctic circle. How is the weather there today?

It's pretty mild. In general our weather is pretty comparable to the US Great Lakes area or maybe Canada. There's been no snow for several years in a row, so there's not a proper winter. It's mild, but it's still dark and cold.

Tell us about your background. How did you start your career?

I have my education in music technology from the Sibelius Academy, which has a well-esteemed music technology department. It's more towards the sound arts and maybe less the direction that I initially was going in the field. I would call myself a sound engineer.

When you say sound arts, do you mean sound design?

Well, close. It's more towards the continental European tradition of electro-acoustic music. Sort of like high arts.

By "high arts", do you mean people composing symphonic music or music for film?

High arts would be the direct translation from the Finnish language, but perhaps contemporary art is a better word to use in English. I mean composition arriving from classical music. I'd been doing music since high school.

What is your instrument?

I play the electric and acoustic bass.

Are there more opportunities to pursue careers in symphonic music in European countries like Finland?

So, one can actually make a living in Finland as a classically trained musician. That's only possible for a very talented few here in the US.

They're actually quite nicely paid here as well. American music has this sort of rhythm and jazz music tradition. In Finland it's maybe harder to make a living doing that. We have more background as classical composers and conductors. Our government seems to find the money to support people that do classical music.

What is it about Finland that classical music enjoys that level of support?

Perhaps it comes down to how classical music composers like Jean Sibelius are tied to Finnish independence. Music played a part in us achieving our independence from Russia.

How did you learn computer science?

I started programming at the age of 10 or 11. I went to study engineering at Aalto University first and switched quickly to music technology so I suppose that doesn't really count (laughs). I studied IT or computer sciences for a year, but I'm mostly self-taught.

How did oeksound come about?

I was especially interested in time stretching and pitch shifting, mostly for creative purposes. I had this notion that removing harshness, which is what soothe does, would be something that people could use.

I spent a couple of years researching this while at Sibelius Academy. Once I came up with the idea of soothe, I reached out to Henkka Niemistö, who is a local mastering engineer and he was pretty excited about the idea. He helped me pave the way and gave me confidence that it could be a successful product.

When I started programming it I was doing live sound for a band, so I would be writing code in the van on the way to gigs. It was a good experience, but felt a bit stressful to do two jobs at the same time. I reached out to another person that I had heard was interested in doing plugins. He was also a live sound engineer and we found the market quite easily, which I'm grateful for. It seemed to hit the spot at the right time that people wanted to use it.

What was the key element to making people aware of it?

The problem it solves was reducing harshness in high frequencies. None of the products I was aware of did exactly what I wanted. You could tweak them to do it, but that made the process more complicated. So, it was a well-defined problem and very easy to explain. You know, you have these harsh frequencies and soothe takes them away.

Are mastering engineers the most common user of your products?

A lot of mastering engineers use it, and it's quite good for controlling sibilance, but I like to think it's more aimed towards mixing engineers like me. Having sound engineer backgrounds is a good thing for us, because we've been able to design products for ourselves. In fact, everyone who works at oeksound has a background in sound engineering or music, mostly mixing engineers. We have our coffee table discussions about music instead of programming, so that we can design the product for ourselves.

We aim at the highest level of mixing engineers with a philosophy that they can save time using the product. That's our pitch – If it's good enough to save time for an experienced mixing engineer, it should be good enough for someone who is not quite at such a high level, and they should be able to achieve a similar result.

In order to do that, user interface design is critical? What kind of feedback have you gotten from your customers?

It's interesting, because the other product that we have out on the market at the moment is spiff, which is like a "transient designer on steroids" EQ. It was initially designed to cut frequencies, and then it found its way during beta testing, users found it to be nice at boosting frequencies too. We added that and now what I use it for personally is boosting.

In terms of soothe, people have been doing a lot of very interesting sound design projects with it because if you switch it onto Delta mode so that you listen to the residue, you can make it sound like all sorts of funny things, like small transistor radios or you get that very lossy sound that people actually want, as a creative tool.

And are there any other ways that soothe has been used that you weren't expecting?

soothe is mostly used for touching resonance so anything that you can classify as that. I've personally found funny uses for it, and I've heard that some people use it to make vocals sound like a whisper by cutting out all of the resonances, but that doesn't really count as a surprise.

Can you elaborate on some of the technologies that you use?

We are still doing things that I have researched over the years. It's based somewhat on artificial intelligence, not necessarily machine learning, but an engine that tries to determine the spectral balance. The processing is done initially via phase vocoder and equalization. The core technology is not too far from what a pitchshifter would do. It's sort of like a phase vocoder for pitch detection, shifting or time stretching, but with a focus on reducing the harshness.

Was your original coding and design done with a Macintosh or a PC?

I started with a Mac and that's where I have my programming environment. but I've actually been enjoying programming in Windows a bit more these days. Windows has a lot better tools, because many of the tools that are used for game development can be used for audio stuff, especially when it comes to the UI and benchmarking. I actually find that Windows is friendlier for desktop application development.

It used to be easier with a Mac, but I feel they have been neglecting the desktop users. From my perspective that is a bit of a slippery slope. Apple has been seen as the creative machine and the creative platform, but if they are making the work of the creatives too hard with the software, or they're making the software tools too hard to use, it gets more and more difficult to develop for Mac, it will go towards just being a consumer machine or Internet browsing machine instead of a true workhorse.

Is there anything you can talk about in terms of the future for oeksound?

Nothing concrete. Our tech stack is working with spectral stuff, so I think we're going to stay there. We want to connect psychoacoustical and cognitive ideas of what sound is and how it should be processed. The way it typically works in audio engineering is that you have a certain sound and to achieve that sound, you have to jump through all of these hoops. We try to understand what the fundamental things are that people want to achieve when they do sound engineering, do mixing, do production... what are the operations? If people understand what harshness is, they want a product that can remove harshness, so we try to hone in on that harshness.

For the future, I'd love us to be able to deliver other features that way with operations like stereo imaging or warmth, dynamic control, maybe reverb. There're a lot of ideas that we're researching at the moment, sort of trying to understand the fundamental operations behind sound engineering and tackle those.