The beat of a different drummer: An interview with Mattias Eklund from Toontrack 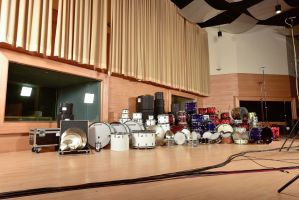 There may be no traditional instrument more affected by computer technology than drums. Depending on your point of view, it's either great or terrible, and the technology has put more musicians (insert drummer joke here) out of work than any other instrumentalist.

On the other hand, drum plug-ins have now reached the point where, in the hands of a musician, and especially a trained drummer, they can recreate amazingly realistic sounding performances without the need for a large room, sound partitioning, dozens of mics, etc. Combining that with very well-recorded drum sounds makes for a very powerful tool.

That is where our story begins with Toontrack co-founder Mattias Eklund. Toontrack has been primarily developing great drum software applications and libraries for as long as any company. Their recent release, Superior Drummer 3 is a mindbogglingly complete solution that allows drummers and non-drummers to create realistic performances.

What is your background and what role has music played in it? Did you choose music, or did it choose you? 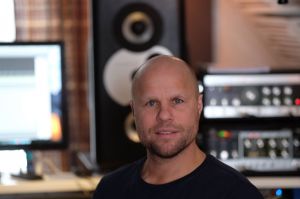 I don't think music choose me, I honestly believe we were meant for each other. So, the love and understanding is mutual, (laughs). To me, sound has always been very visual. I've always seen images when I listen to music, and I still very much do. I remember, or probably have been told, that I was listening to my mom's tapes of Santana's Europa and Samba Pa Ti at a very early age up. This is likely what later triggered me to pick up the guitar as my first instrument.

From there I discovered the whole rock and metal era with bands like Kiss, Accept, Yngwie Malmsteen, which later lead me down the path of jazz and fusion. To sum up, music has had a profound impact on my life. It's always served as my safe haven, of sorts.

I can easily get distracted, but when it comes to music, I can just shut the outside world off. It's like a magic playground where no rules apply. Only your mind sets the limits, which is something I profoundly relate to.

Do you play in a band? 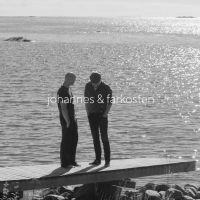 I do. I play guitar, and I produce for the band. I write songs with them and play a lot of the instruments as well.

The band is called Johannes and Farkosten.

I'm not sure to call it. Maybe Ambient folky pop, or something.

Do your products play a role in the band?

Yeah absolutely when we make the songs they do, but I like to use a real drummer too. In this case I sent it to Morgan Ågren to record drums on some of the songs. Nir Z has played on two songs as well. I use the Superior when I create songs. But then also in mix I might trigger Superior with the real drums to enhance them. Superior Drummer 3 has a new sound replacement feature called Tracker.

How did Toontrack get started? What was the initial genesis for the company?

I've always been drawn to technology, and starting out, sound was always an important factor when I listened to anything and I was always curious about the process. The genesis of the company was that we wanted the ability to translate the music we heard in our home environments without involving anyone but ourselves. A big problem back in the day was drums were a hassle to record and required lots of gear and space. In addition, the drum machines back then sounded horrible to my ears, and the few options available in a computer environment were very basic.

As time grew, and technology with it, the dream of being able to capture ideas that sounded as good in reality as they did in my head was suddenly not an impossibility, at least in theory, so we started the company in 1999.

Was there a specific event of some kind that started the company?

Yeah. In 1999 Henrik and I made music for a computer game, but we couldn't get the money paid to us without most of it going to taxes, so we decided to start a production company, and that eventually turned into sampling drums.

The original GUI was a series squares. Was there a reason you chose to do it that way?

No particular reason. It was just that neither of us was a graphic designer, so we set the squares to look like pads on drum machines at the time.

What got you excited about doing your own products? 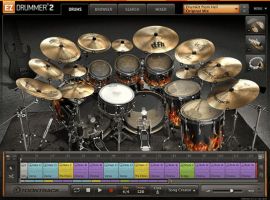 dfh as an EZDrummer library

Oh, to be able to have a drummer in your computer, able and willing to play what you want with sounds produced in a great studio, any day of the week. This has always been the goal and the dream. When we did Drumkit From Hell, it was a revolution both on a personal and an industry level. I remember when we did a pre version in early 1999 or even 1998. We loaded the drum samples in our Yamaha A3000 with the room separated from the rest of the microphones and played a snare with MIDI in different velocities... Myself and Fredrik Thordendal, my colleague, had an A3000 each, and we just screamed when we realized how cool it was to be able to treat the room separate from the rest of the microphones. That was the starting point. No one had done something similar back then. This lead to Superior Drummer, which pushed our boundaries further. Now with Superior Drummer 3, I think we've reached the goal 100% as far as boundaryless drum production goes.

What are the developments in music products technologies in the last 10 years that have had the most impact on Toontrack?

The development in CPU, RAM and the 64-bit architecture have had a huge impact. What we can do now was just a dream when we got started back in 1999. Also, internet speed is a great factor as well. You can now distribute large data faster than ever before. None of this is of course related to music or audio products, but technology in general is deeply embedded in what we do. In essence, when technology advances, so do we and the software industry on a whole.

What are some of the most important drum recording techniques that have changed since Toontracks first products were released?

As far as the technology of microphone positioning, not a lot. I think the general idea of how to capture audio has remained somewhat the same since way back. What has changed, though, is that we now, because of the advances in CPU and RAM, can capture and deliver far more detailed and nuanced libraries.

The company has been around for quite a while. What has changed over the years? What is still the same?

What's still the same is our curiosity and undying love for music and sound. That's always been our driving force, and I hope it never changes. At Toontrack, pretty much all of us are songwriters, engineers or share a deep interest in music and audio technology. We actually get to come to work every day and develop tools and sounds that we have as much use for as the customers. To me, this is a real privilege and also sort of a real-time QA that's built into the development of each and every product we do. 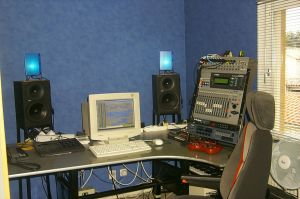 What's changed is that when we started the company in the late '90s, we were only two people and worked out of my bedroom. Today, we employ close to 40 people. Other than that, I nowadays work from home, from a studio that I built on my property out by the sea. I've actually worked from there the past two years, which is a big change for me. It's nice to not have to drive to work every day and instead just stroll across my lawn. The downside is that I'm always "at work". Even though I've always worked a lot, before I moved my studio I was never home...and now I'm never away, (Laughs).

Now that Superior Drummer 3 has been shipping for a few months, what reactions from previous and new owners have surprised you? What has been most satisfying about that for you so far?

Even how bold it may sound, I can't think of anything that has surprised me. Having lived with this product for so long, from rough ideas scribbled down on paper to alpha, beta and ultimately official version, I kind of knew this would be a major step forward for drum production as we know it. 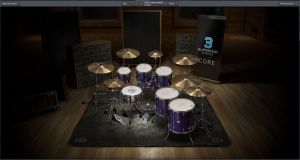 Superior Drummer 3 really has everything you could wish for. I don't take it for granted, though. I am honored and proud about every review and award. To me, though, the most gratifying moments are when I see users working with the features I or my team helped design – when something helps someone translate an idea they hear in their head into reality by just reaching for the tools in our software. That is real success and proof that what we do works. The biggest takeaway from doing what we do, at least for me, is to be part of so many people's creative process. It's an honor to know that what we do actually change the way people produce music.

Of the people that use Superior how many are drummers vs. people masquerading as drummers? Are there any special features for the masqueraders?

I would say a majority of our users are not drummers, more like songwriters, engineers and producers. By that I am assuming that the bulk of those aren't drummers, which they of course could be as well. However, in the past decade, the market for e-drums has developed a lot. I think I can confidently say that we have the market's best and most advance interface for use with e-drums. There are a lot of e-drummers out there that rely heavily on our products, and now with Superior Drummer 3 we have incorporated a host of new features just for this purpose.

Of all the new things that you have added, which are most useful for you personally and why?

Oh, I really love the way the macro controls work, and how easy it is to set up a different sound from let's say a verse to a chorus with the 'Save Start/Save End' feature. Another one is the ability to to stack sounds, both my private sounds and from all the libraries we made over the years. The MIDI grooves, Tap2Find feature, the Grid Editor and the Tracker are really powerful too. The mixer is great, I think it is setup in a very easy-to-understand kind of way, and also with a great selection of effects. As you see, it's hard for me to pick just a few, haha. I think the total experience of using Superior Drummer 3 is the best feature. It all comes together so naturally, and there really are no limits to what you can do sonically. The only limitation is one's own creativity, which is what we strived towards from the start. Needless to say, I am very proud of this product.

What is next for Toontrack?

Secret, haha. I encourage any and all customers and lovers of audio technology to stay "tooned" and they'll be the first to know.

Check out the latest from Mattias and Toontrack here.