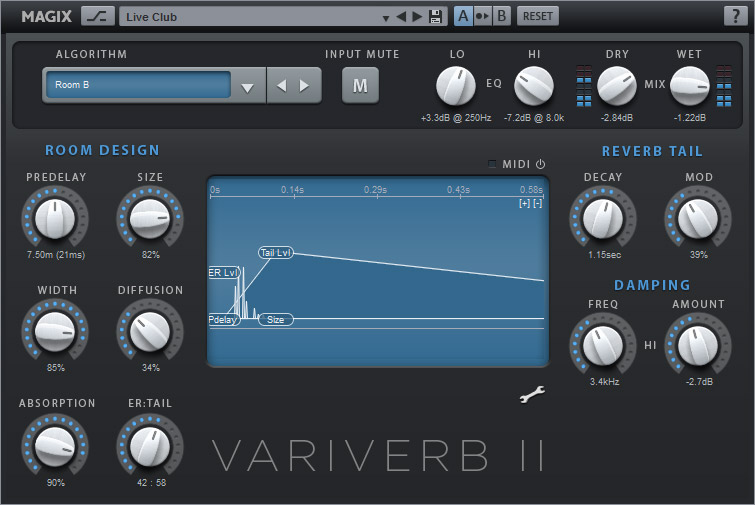 What is it?
ReverbMAGIXVariVerb Pro
Format(s)
Operating System Availability
License & Installation Method
Voucher / Code for redemption on other website
What does this mean?
For related news items, downloads and more please see the full KVR product page for
VariVerb Pro

VariVerb (short for: VARIable reVERB) is a high-quality reverb plug-in that runs on an algorithmic basis. It provides a series of rooms, halls, reverb plates, spring reverbs and so-called non-linear effects, which can be edited comprehensively and easily.

"Algorithmic" refers to the reverb impression not being created using impulse responses, as is often the case nowadays. Instead the calculation is based on mathematic models, like with classic reverb devices. With VariVerb these algorithms can be chosen via a "model" list, each specialized on a specific replica or a specific purpose and given its own set of parameters. On the other hand, technology based on convolution is only able to interpret a static copy of a process, it doesn't know the room.