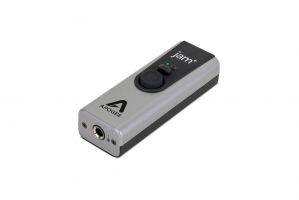 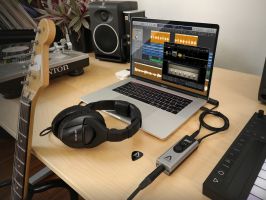 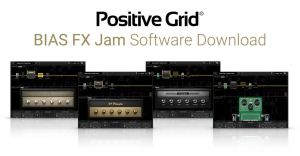 Apogee has released the all new Jam+, a portable, studio-grade USB instrument input and output. Jam+ connects your electric guitar, bass, keyboard or any acoustic instrument with a pickup, directly to your iOS device, Mac, or Windows PC. With an adapter (sold separately) you can also connect a dynamic microphone. Jam+ makes it easy to practice, and capture your best take with studio quality anywhere you go.

Apogee say: "In 2010, Jam was introduced in Apple stores worldwide as the first studio quality digital instrument input to connect guitars to GarageBand on iOS devices and Mac computers. The original Jam set a new standard in mobile recording by making Apogee's renowned conversion specs and components available in a simple and portable instrument input. Jam+ continues the evolution in the series by bringing the latest advances in Apogee's design and engineering to an all new metal chassis with enhanced PureDIGITAL circuitry for the greatest true-tone audio resolution."