AriesCode has announced the release of a massively improved version of AriesVerb - Feedback Delay Network Processor, the algorithmic multi-effects processor. It is available for Windows as a VST effect plug-in and costs €129. A demo version is available. Also, AriesCode now has a forum here at KVR. 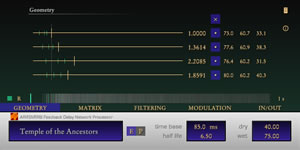 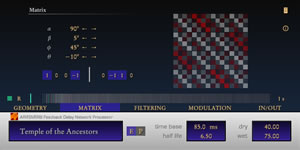 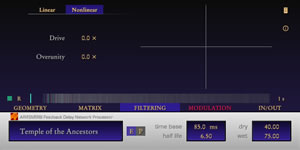 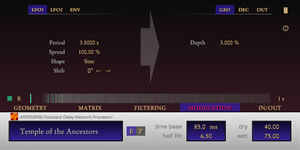 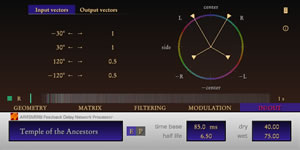 AriesVerb v0.7.1 has an improved sound engine, a user interface, more modulation options, better performance, a complete manual and over 100 presets. The release is geared towards early adopters and fans of the already existing version, who are given an opportunity to get the new version at a reduced price.

Applications include, but are not limited to:

AriesVerb has been in development since late 2004 and is expected to be finished at the end of this year.