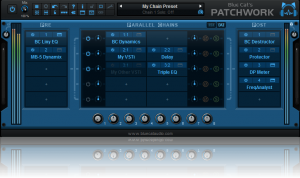 Including a brand new multicore processing engine, this new version focuses on performance and compatibility: optimized to the best out of the available CPU resources, it is able to load more effects and instruments on multicore processors, even at lower latencies. It also includes many new features and fixes (full list below).

Price: 89 EUR or $89 (instead of 99) until May 6th. The free update can be downloaded from the same location as the original full version (link received by email upon purchase).