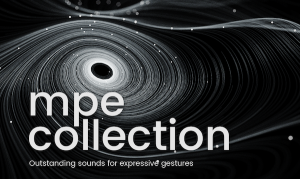 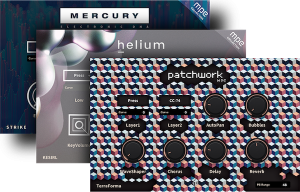 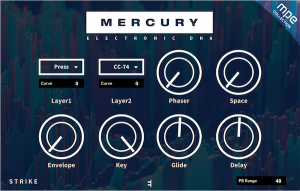 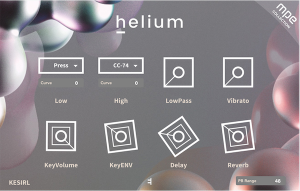 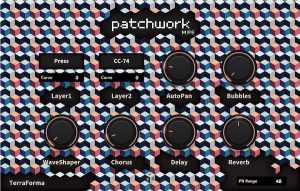 Expressive E has announced the release of the MPE Collection for all MIDI Polyphonic Expression Controllers.

For the first time, Expressive E's sound designers have opened up their expertise in multi-dimensional sound layering to musicians other than users of the Touché controller. The Expressive E MPE Collection's 240 total sounds are optimized for the interactive potential of MIDI Polyphonic Expression (MPE) controllers. The MPE Collection and its three component expansions—Helium, Mercury and Patchwork MPE—are out now on Expressive E's website.

A recent addition to the MIDI spec, MPE was intended to extend the expressive possibilities of traditional MIDI controllers by providing per-note control over musical traits such as continuous loudness, vibrato, pitch bends, timbral variations and many others factors.

Each soundpack in the MPE Collection contains 80 presets crafted with the UVI Falcon multi-synthesis engine. No additional software is needed to play the sounds. Users can load these presets into the free UVI Workstation that's included with the products or into UVI Falcon (sold separately).

Focusing on energetic and dynamic electronic sounds that can morph at the touch of your hands, the Mercury collection includes an array of basses, leads, plucks, stabs and rhythmic arpeggios. With one movement on an MPE controller, these sounds may move from soft to aggressive, from single notes to chords, or from a heavy bass to an electro taser lead.

As its name suggests, the Helium pack sounds light and airy, with a mixture of acoustic and electronic sounds, suited to downtempo and ambient music. This combination of dreamy synths and smooth, organic textures again focuses on sounds that will transform at the player's whim. With the move of a finger, a mallet sound may change to an ethereal pad, or a delicate pluck into a mellow lead. Helium and Mercury also come with a second version of the presets dedicated to the Expressive E Touché and Touché SE controllers.

For Patchwork MPE, Expressive E has curated a selection of some of its most popular factory sounds, formerly available only for Touché owners. The company's designers have now reworked these sounds to add even more expressive potential as presets for MPE controllers. As a bonus for MPE users, Patchwork MPE includes some newly-released avant-garde sounds.