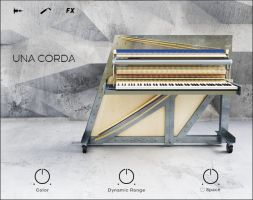 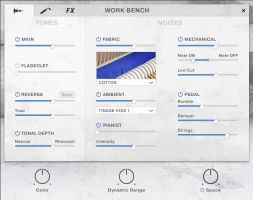 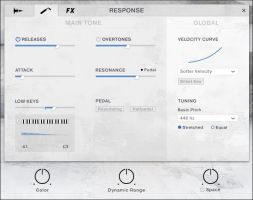 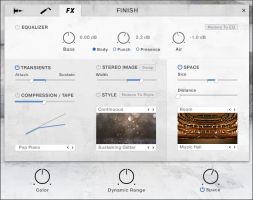 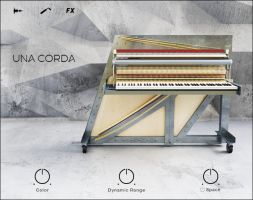 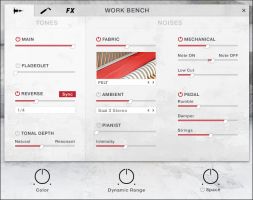 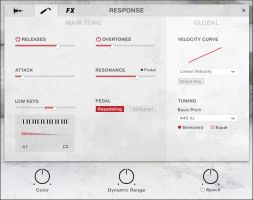 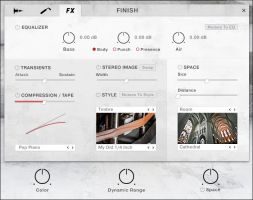 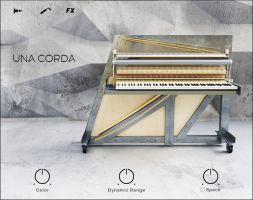 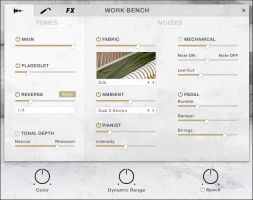 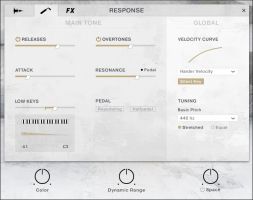 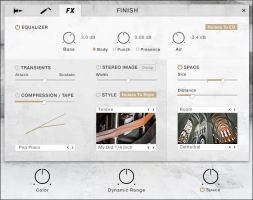 Native Instruments has released Una Corda, a new Kontakt Instrument providing evocative tones from a unique upright piano. With the ability to deliver everything from pure, natural sounds to percussive effects and ambient soundscapes, Una Corda was designed to add distinctive color to contemporary classical, cinematic music, pop, electronica, and jazz. Una Corda runs in Kontakt 5 and the free Kontakt 5 Player and is available now at the NI Online Shop for $149 / 149 € / ¥ 18,800 / £129 / AU$189.

Una Corda is based on a physical instrument. The original 64-key upright piano was conceived and handcrafted by innovative piano builder David Klavins, and developed in collaboration with musician, composer, and producer Nils Frahm. The piano is unusual in that it has just one string per key – standard pianos have up to three strings per key. Klavins designed the piano with an open frame and a thin, ribless soundboard to produce a highly resonant tone. Frahm added fabric preparations, placing cotton, felt, and other fabrics between the hammers and strings to alter the attack of sounds. Klavins subsequently built an 88-key version of the piano especially for the Native Instruments sampling session.

Una Corda, in its virtual form, is highly versatile, enabling users to create a wide variety of sounds and effects. Una Corda offers three sound banks: the pure sound of the original piano plus the piano with cotton and felt preparations. Through a straightforward graphical interface, users can easily sculpt the primary characteristics of the initial sounds, adjust response characteristics, and add an array of vintage effect chains. By manipulating resonance, integrating harmonics and overtones, adding noise and ambience, dialing in reverb, and applying other effects, users can generate truly unique results.

Una Corda was created in collaboration with Uli Baronowsky and Galaxy Instruments. Baronowsky captured the minute details of the physical instrument using the rich acoustic environment of Saal 3 in the legendary Funkhaus Nalepastrasse, Berlin. To produce Una Corda, Baronowsky – the creator of The Giant, The Definitive Piano Collection, and Rise & Hit – worked closely with Klavins and drew inspiration from the various ways Frahm uses the original instrument.

Additional information on Una Corda is available at: www.native-instruments.com/unacorda

You can see Nils playing the piano (or at least his version of it) here: https://youtu.be/U9-oGFJoJSs