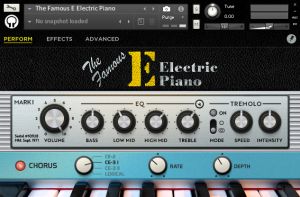 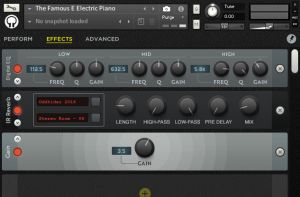 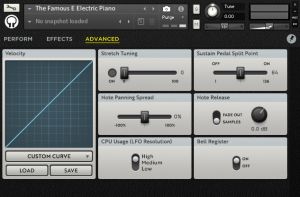 There was one electric piano that was particularly in demand in the LA studio scene in the '80s. It was known as the "E" among producers and players, a reference to the letter "E" that was stenciled on its case by Leeds Musical Instrument Rentals, to distinguish it from the other electric pianos in their collection. The "E" electric piano has been featured in many hit songs and albums, and for a good reason: its tone has a very clear, defined low end and a bell-like tone in the register an octave above middle C.

Until now, the "E" model electric piano has never been sampled before.

In 2015, George Mamalakis, performing Jazz pianist and owner of the "E" electric piano, decided to undertake creating a virtual recreation of the "E". With the guidance of Jay Graydon, producer, recording engineer, composer, and recording artist, George began the arduous process of sampling the "E" electric piano. Each key was sampled with 18 velocity layers, with each note's natural decay recorded.

As of 2017, we've been working with George and Jay to produce the playable instrument using the Kontakt platform. Thanks to Kontakt's scripting engine, we added many options to customize the tone of the electric piano, including an authentic model of the instrument's built-in tremolo, several chorus effects that use custom DSP, and a modular effects rack.

We're excited to present the resulting virtual recreation of the instrument, The Famous E Electric Piano sample library for Kontakt, so that you too can enjoy the experience of playing the "E" electric piano.