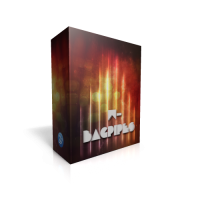 Wavesfactory has released W-Bagpipes, a new sample library based on a 'xeremía' played solo and ensemble (5 players) for Kontakt 3.5 and superior.

The xeremía is a type of bagpipe native to the Balearic Islands. It consists of a bag made of skin (or modern synthetic materials), known as a sac or sarró, which retains the air, a blowpipe (bufador), a melody pipe or chanter (grall), and several, generally three, drones (bordones). The primary drone (roncón) sounds a tonic note, but the other drones are sometimes simply false drones for ornamentation.

The xeremia has a distinctively bright and piercing sound, which has traditionally accompanied festivals and other activities in the islands throughout history.

Wavesfactory sampled one solo bagpipe and a set of 5 bagpipes playing at the same time. The drones are programmed in latch mode, which means that when you play a note it's sustained until you press it again, that's made to make it more playable, the melody can be played normally while the drone sounds.
It was recorded in stereo with premium mics, preamps and converters.