DIN Is Noise
by Jagernot 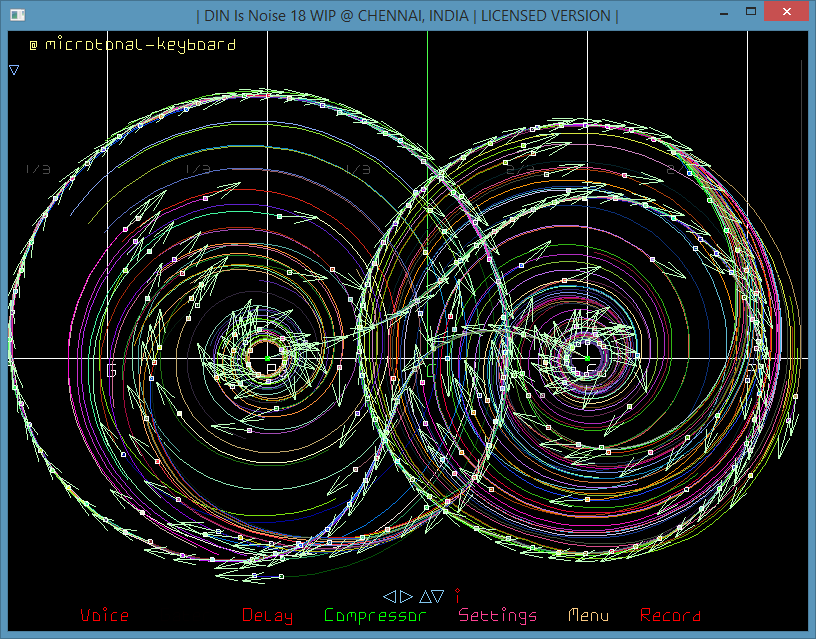 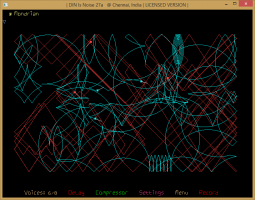 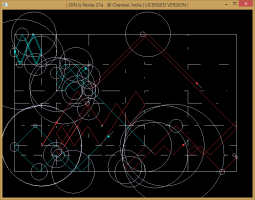 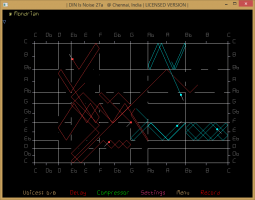 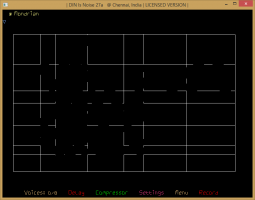 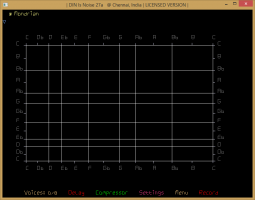 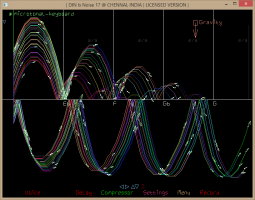 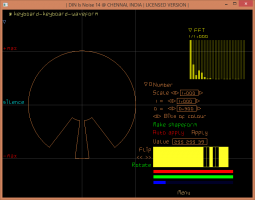 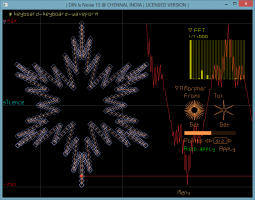 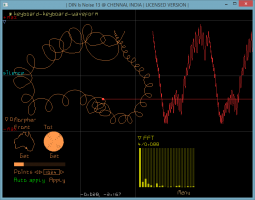 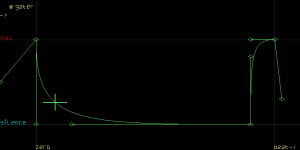 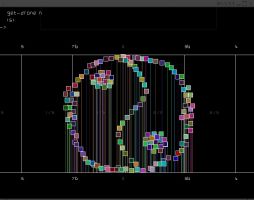 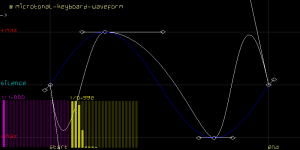 DIN Is Noise is a stand-alone application for making sound, music and noise on Mac OS X, Microsoft Windows and GNU/Linux.

Musicians can use Bezier curves to draw and sculpt waveforms, create beats and modulation patterns, and create delay line feedback and volume envelopes. The vertices and the tangents of these Bezier curves can be edited manually or modulated automatically over BPM.

They can also create an unlimited number of drones on any microtone, sculpt their timbre in realtime, create drone meshes and drone pendulums (inspired by the physics toy wave pendulum), orbit drones around other drones, launch drones like rockets and let them fall under virtual gravity to die or bounce back from the bottom of the Microtonal Keyboard.

DIN Is Noise also includes 12 geometry to sound plugins that can make waveforms, envelopes and modulation patterns from regular/star polygons, rose curves, spirals, lissajous and superformula curves. Plugins also exist to make fractal waveforms, morph waveforms into each other, transform maps of 245 countries into waveforms and turn the unique bit pattern of any printable character, number or colour into unique waveforms, shapeforms, envelopes or modulation patterns.

You can also play DIN Is Noise like a traditional bowed instrument (e.g., Cello, Sarangi) with a suitable mouse on the Microtonal Keyboard. Accurate Glissando, vibrato and tremolo is possible. Record mouse movements and playback as looped phrases. Scratch them too. Modulate the Microtonal note ranges too.

An instrument called Mondrian inspired by the works of Dutch artist Piet Mondrian lets you launch virtual balls that bounce off walls and ceilings of recursively sub-dividable boxes to trigger notes or microtones. Balls can slit thru walls and floors or ceilings. They can also heal slits as they pass thru them. A bunch of these wreckers and healers plus their 5 operations make them move like ants, clone, change their type giving rise to rich, unpredictable, algorithmic and visual music.

Another instrument called Binaural drones lets musicians make pairs of drones separated by a small pitch and send one into the left and the other into the right ear to create the psychoacoustic phenomenon of Binaural Beats. Edit the L and R hz, separation, volume, sync their phases and delete them.

Musicians can save the sounds they are making into sample accurate uncompressed .WAV files. DIN Is Noise also supports MIDI and can be extended by writing TCL scripts.