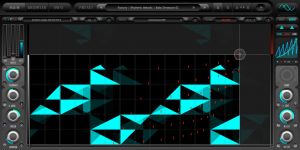 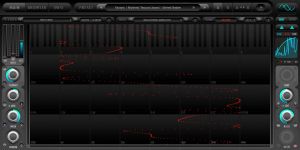 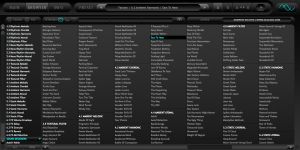 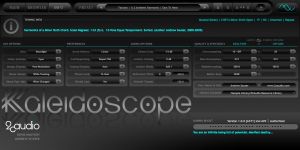 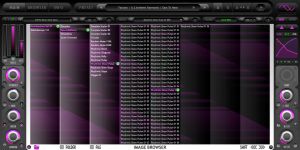 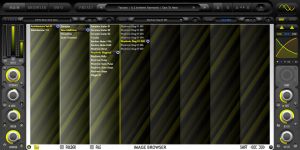 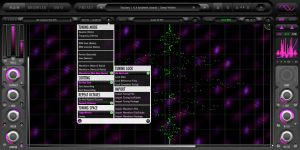 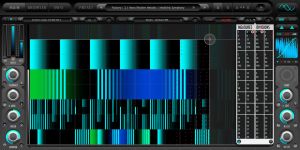 Kaleidoscope by 2CAudio is a Virtual Effect Audio Plugin for macOS and Windows. It functions as a VST Plugin, an Audio Units Plugin and an AAX Plugin.
Product
Version
1.1
Product
Version
1.1
Tags
Tags:Sound Design2CAudioAdditive SynthesisAmbientDelayFilterFIRGenerative Music SystemGranular DelayImage SynthKaleidoscopeModulationModulation FilterResonatorVocoder
Effect
Formats
Copy Protection
Serial Number
Important Note
For best performance use medium to large buffer sizes for both the host/hardware buffer as well as Kaleidoscope's internal buffer preference. Setting both to an equal value of at least 256 samples will give the best performance.
My KVR - Groups, Versions, & More
65 KVR members have added Kaleidoscope to 10 My KVR groups 76 times.
Not In Your MY KVR Groups
(or group limitation prevents versioning)
37 0 I Own This
22 +1 Favorites
7 0 I Want This
4 0 My Actual Studio
1 0 Rejected Top 10
+5 in private groups

Kaleidoscope is the ultimate sound-design tool and creative effects toy! It is an entirely new class of visual audio effects processors and is one of the most unique generative signal processing tools to come to market in recent history. Technically speaking, Kaleidoscope is a massively parallel bank of physically modeled resonators that can be tuned completely arbitrarily with scientific precision and dynamically modulated over time by over two million points of automation. In simplistic terms, Kaleidoscope uses pictures to control sound.

Kaleidoscope is both an effects processor as well as a content generator, meaning that it is possible to synthesize completely new sounds without any input sound or MIDI performance data as well as to transform incoming audio signals in other-worldly manners. Music is organized sound. The organization occurs in two axes: time and frequency. Kaleidoscope is a tool that offers ultimate control over musical organization in both of these domains and adds a third axis of creative control 2CAudio calls "Spatial Choreography". 2CAudio says it is designed with one goal in mind: "to inspire and invigorate composers, sound-designers, and artists to push the boundaries of what is possible in cutting edge sound-design".

Some of its most common applications are:


Kaleidoscope is an incredibly deep product. Interested parties are encouraged to read more about it on the web listing and in the extensive manual. Video demonstrations will be available shortly to help explain the incredible depth of this innovative product.