Material Comp by VoosteQ is a Virtual Effect Audio Plugin. It functions as a VST Plugin, an Audio Units Plugin, a VST 3 Plugin and an AAX Plugin. 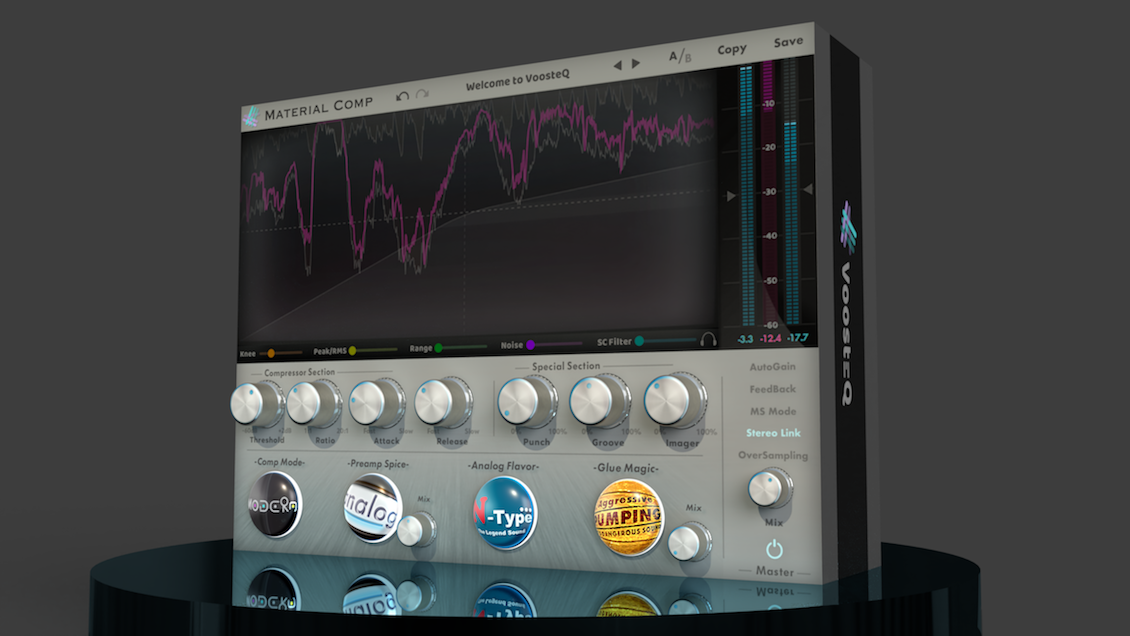 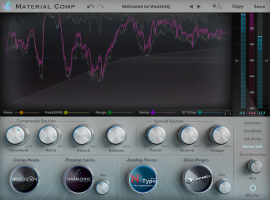 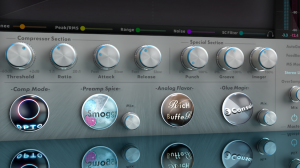 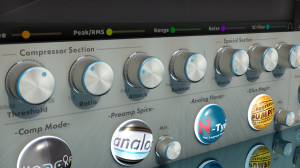 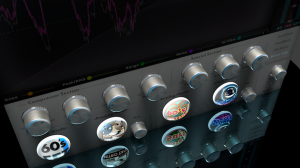 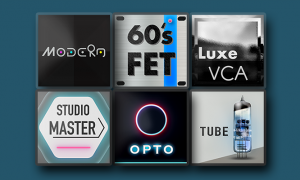 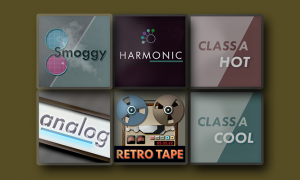 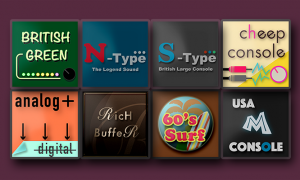 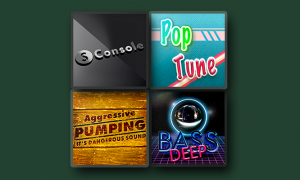 A cutting-edge compressor that is equipped with "DFP(Division of Force Processing)" a technology that VoosteQ spent 3 years developing to thoroughly reproduce the nuances of an analog circuit.Mastering grade signal processing technology can be achieved with an extremely low CPU load.The internal processing is fully 64-bit and produces sounds with unbelievable transparency.

It is equipped with 6 model compressors, preamp saturation that models 6 high-end analog devices, 8 simulations of analog circuits with hardware actually attached, and 4 glues that adhere magically.Freely combine each of these inputs for flexible adaptation ranging from modern sounds used in top hits to unique retro analog sounds.

If you insert Material Comp, which has a completely analog sound with digital flexibility, you can add various forms of spices, flavors, and magic to your mix.

Equipped with 8 flavors that reproduce sounds from analog circuits.It thoroughly analyzes the ambiance, frequency, changes to the sound phases, and other elements made when actually passing through the circuit of hardware and reproduces them.It produces a completely analog sounds that cannot be reproduced using EQ.

Equipped with 4 original glues developed by VoosteQ that bring together all sounds.It is extremely effective, such as when blending further after adjusting the compressor.It also has an effect on acoustic guitar and vocals, in addition to mix buss.

The 3 features of the "Special Section" make the sounds of the Material Compressor even more appealing.

It is equipped with "Punch," which produces a more offensive attack to enhance the features of the sounds, "Groove," which adds a groove that undulates in real time with the entry signals, and "Imager," which expands in stereo using techniques used at mastering studios.

Any word on when the site will be up? I'm interested in this plugin in theory but it's definitely one of the weirder launches I've seen on this site.