Neo Loudness by Sound Magic is a Virtual Effect Audio Plugin. It functions as a VST Plugin. 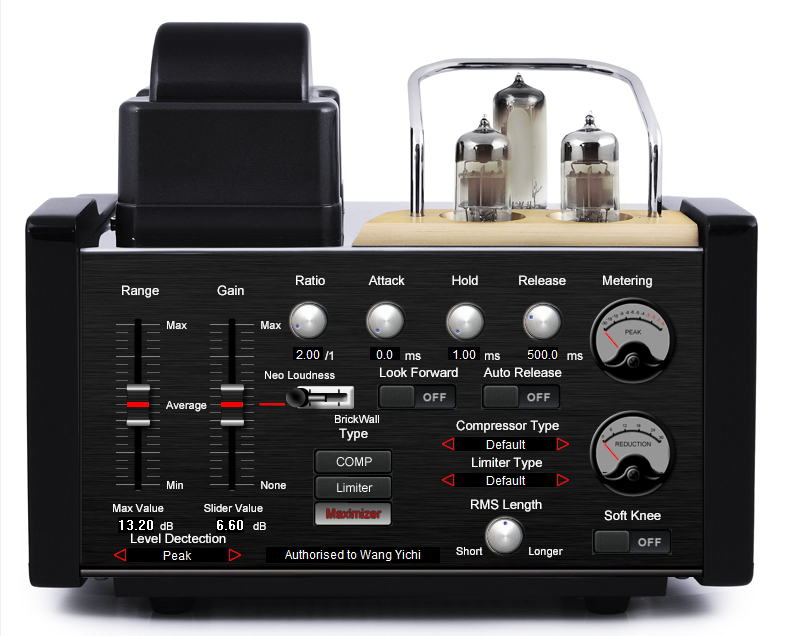 Neo Loudness is a comprehensive tool designed to control loudness. Neo Loudness not only includes traditional compressors and limiters, but it also features a new type of Maximizer.

For years, producers have wanted their music to be louder and louder. So the brickwall limiter became the main weapon for getting to that maximum volume. However, there is always a price to pay when pushing to the extreme. The music would tend to lose its "breath" and sound too "tight". Sound Magic has spent years designing a solution for this issue and has developed a new algorithm that can make the sound as loud as a brickwall limiter (even achieving within -5dB Average RMS), without destroying the original natural sounds. Neo Loudness keeps the "breath" of the original music.

The Sound Magic Neo Loudness Algorithm is based on psychological acoustics, the science that shows how human ears are less sensitive to loudness when it reaches certain ranges. Neo Loudness uses this area to compress the audio signal. When using traditional limiters - and under heavy limiting - music will sound very tight and breathless. The main instruments will sound like they are being pushed way forward. With Neo Loudness, the overall result is a more natural sound while the imaging of the instruments is hardly changed.

Neo Loudness is also an all-purpose dynamic processor which could be the ideal choice for many situations.

Another innovation of Neo Loudness is that it features the ability to change the RMS length, which has been a secret weapon for most hardware designers. RMS length determines the length of RMS detection, so it's quite important to the final sound. Many great compressors/limiters have their own particular RMS length leading, in part, to the unique sound of these units. This value is often a closely guarded secret, one that competitors would like to get their hands on! Neo Loudness features extensive control over this value, allowing the user to adjust their own sounds to match those of the top hardware (and software) compressors.

Neo Loudness also features a new multi angle metering system. Users can not only read the peak and reduction amount through the two volt meters, but also monitor the input signal by looking at the brightness of the Tube GUI. This makes the whole monitoring process easier and clearer.

Neo Loudness is provided as a Windows VST or Add-on for Supreme Piano 2.