Unfiltered Audio G8 by Plugin Alliance is a Virtual Effect Audio Plugin. It functions as a VST Plugin, an Audio Units Plugin, a VST 3 Plugin and an AAX Plugin. 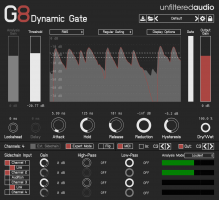 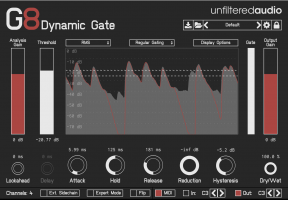 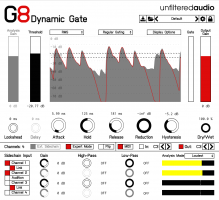 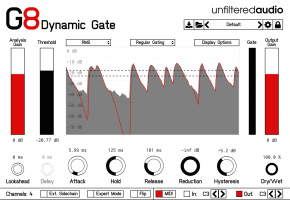 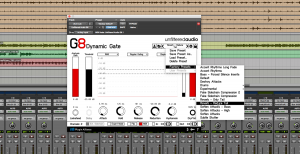 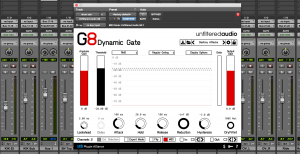 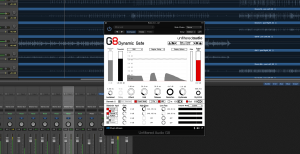 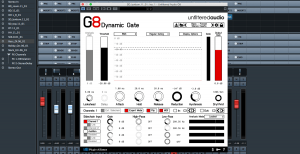 The Unfiltered Audio G8 takes dynamic sound shaping to the next level. Deceptively simple, G8 is a tool that reaches far beyond what any normal noise gate can do. While it does a great job at the usual tasks of rejecting noise and shaping transients, the MIDI in/out and alternate gating modes offered by G8 open a world of possibilities that let you forget you're even using a 'Gate'.

Use G8 to create dynamic rhythm patterns on sustained sounds; trigger an envelope on G8 with MIDI input or use it to trigger notes on a MIDI instrument; produce interesting fractal sequences and auto-panning effects with Delay and Output Reject. With Cycle Mode and One-Shot, you can create dramatic motion with G8's envelope, reducing the time value of the envelope to mere milliseconds, resulting in AM synthesis. The four-channel input in the Expert Mode of G8 allows for complex in-DAW routing of different levels and types of content. G8 can split the amplitude of a single source, allowing you to route two different characteristics of your sound to different tracks – the Mains and the Reject.

From transient shaping to trance gating to polyrhythmic beat slicing, G8 can add a whole new level of endless creative possibilities to your sound. Activate the 14-day full function demo with your Plugin Alliance account to hear for yourself.