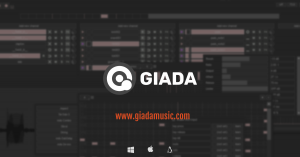 This release features an important refactoring of the internal channel architecture. Such improvement will make easier to extend Giada with new channel-related features in view of the upcoming 1.0 release.