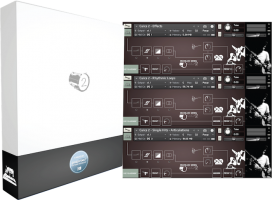 With more rhythmic variations and loops, the library features new groove options and varied rhythms than in the first version.

Despite its East / African origin the Cuíca has become a genuine instrument in Brazil. As part of samba schools from the 1930s the Cuíca is present in various aspects of Brazilian music and became a tool with features typical of Brazil.

A novelty in the new libraries is the individual control of session microphones. You can mix 2 distinct microphones in different positions providing more freedom and tone options in the song. Control the microphones even within the loops.