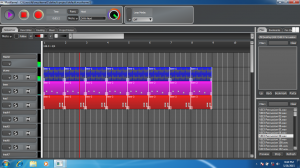 MusiKernel Team has announced the 15.08.2 release of MusiKernel, a music production solution for Linux and Windows featuring a suite of integrated hosts and plugins.

This is an emergency bug-fix release for Windows users, to fix a regression in MusiKernel 15.08.1 that would prevent re-opening existing projects. Fortunately, the projects are not corrupted and can be opened with the new version of MusiKernel.