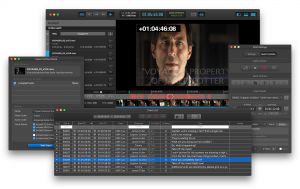 Non-Lethal Applications has announced Video Slave 3.2, offering new features, improvements and bug fixes. Video Slave 3 is for playback of movies in sync to MIDI Timecode. The update is free to existing owners.

Video Slave 3 works with all major DAWs including Pro Tools, Logic Pro X, Nuendo, Cubase and Studio One or any other device that can generate timecode as a source.

Video Slave 3 can be used either on a wired MIDI connection or through network MIDI.