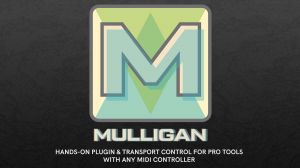 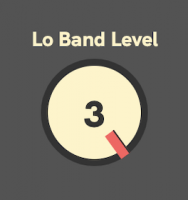 reFuse Software has announced the release of Mulligan, a new standalone application for macOS that enables any MIDI hardware to act as a plugin and transport controller for Pro Tools. Mulligan is currently available from the reFuse Software site for an introductory price of $59 USD.

Interacting with a DAW via just a mouse can feel so limiting at times. That cursor only gives you a single point of control. There are times when I really want to grab two plugin controls at once, for both creative freedom and for a faster workflow. Pro Tools has been my DAW of choice for years, but unfortunately it has been a bit of a walled garden when it comes to hardware control surfaces. Mulligan creates a new entryway into that garden, by providing a comprehensive and intuitive path for plugin and transport control, without requiring expensive proprietary hardware.

Mulligan's universal MIDI compatibility means that users can jump right in with the hardware they already own. And thanks to the exclusive Map All Knobs button, it takes only seconds to connect a new MIDI controller to Mulligan and map a bank of eight knobs for plugin control. With one mouse click, and a spin of a knob, users can be up and running with the MIDI device of their choice.

To keep users aware of which hardware knobs are mapped to which plugin parameters, Mulligan provides a floating Heads-up Display (HUD) window. The HUD shows the eight mapped knobs in a window along the bottom of the screen. As the user switches between plugins, the HUD updates with the current set of eight mapped plugin parameters. The HUD window can be set for a number of different display modes, including a setting to automatically pop up only when the MIDI hardware is being used.

In addition to its plugin control facilities, Mulligan also puts transport control at the user's fingertips, making play, stop, record, and other functions all assignable to MIDI buttons. A combined stop/play toggle button is included, to accommodate MIDI controllers that might be short on free buttons to assign to transport functions.

With Mulligan, Pro Tools users will at last get to experience the freedom and speed of hands-on plugin control, using the MIDI hardware of their choosing. The power to mix using real knobs is an asset to any engineer, and can greatly enrich the experience of those who until now have been limited to using a trackpad as their sole input device.