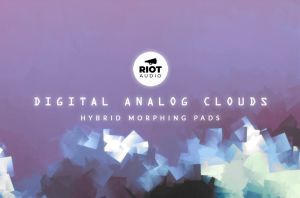 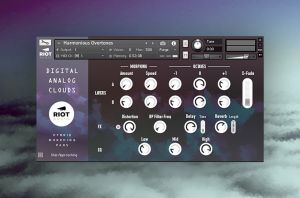 Riot Audio has announced the release of Digital Analog Clouds, a set of morphing pads created with a hybrid analog/digital pathway involving modular effects and a mix of organic and synthetic sources.

Riot Audio's Clouds engine generates organic movement between different sample sources and groups. It contains two layers, A and B, each of which in turn contains a base sublayer and a target sublayer, i.e. four layers in total.

The source sounds for Digital Analog Clouds were produced using a hybrid digital/analog signal chain, including outboard gear such as: