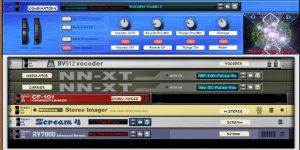 Sounds and Effects has released ODD, a new Reason ReFill.

ODD makes extensive use of the Combinator to take the NNXT presets in an entirely different direction. Many of the Combinator presets combine two NNXT presets with Reason's powerful BV512 vocoder so that parameters like the important Vocoder Shift Control are ready accessible by the user. Other presets stick more closely to the ARP.

There are also three different default Combinator / Vocoder presets pre wired so that the user can easily choose from any of the 200 NNXT Presets, and simply plug them any into the Vocoder's carrier and modulator inputs - potentially and rapidly creating hundreds of new sounds.

Demos are available at Sounds And Effects, and on SoundCloud.