At the 141st AES convention in Los Angeles, Soundtoys has announced the immediate availability of the Soundtoys 5.1 update, including the release of its first equalizer plug-in, Sie-Q, which they are giving it away for free until October 13th, 2016.

Instead of choosing one of the classic EQs that have been modeled one or more times already, Soundtoys searched deep into their gear collection and dusted off a little-known, but much-loved (by those in the know) German equalizer module, the W295b. With Sie-Q, Soundtoys engineers meticulously modeled the musical curves of the W295b, and the harmonic distortion of its discrete transistor circuitry.

Like the more well-known Neve and API modules, the original W295b was used in the Siemens-Sitral line of analog mixing consoles. Those consoles, though built like tanks, were known for their smooth EQ curves and sonically appealing coloration. The W295b in particular is revered for the space and air created by the high frequency band.

For a limited time, Soundtoys is offering Sie-Q as a free download at soundtoys.com. The new Sie-Q equalizer plug-in is included in the new Soundtoys 5.1 bundle (the update is also free for current Soundtoys 5 bundle owners) and can be used as a stand-alone plug-in or within the Soundtoys Effect Rack. 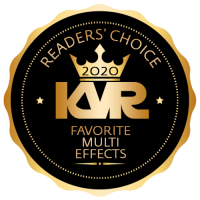 Shortly after the announcement of the free plugin was received in subscribers's e-mail boxes, the Soundtoys server must have experienced a heavy volume of activity because their website was unresponsive for a significant period of time.