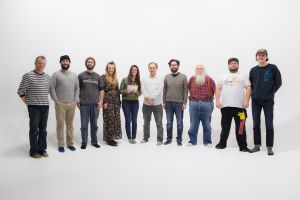 Between December 25-26, 2016, digital audio effects creator Soundtoys offered their customers the opportunity to support human rights and civil liberties through their "We're ALL In" charitable giving promotion wherein 100% of sales proceeds were passed on to the American Civil Liberties Union (ACLU). During these two days, Soundtoys raised $62,415 for the ACLU.

"We chose to support the ACLU because I strongly believe that our differences should be celebrated, not suppressed. Protecting basic human rights is important, and recently they've been challenged in many ways," said Ken Bogdanowicz, lead designer and CEO of Soundtoys. "2016 was a tough year. We lost so many musical and cultural icons – David Bowie, Prince, Leonard Cohen and many more. We also saw great division and anger aimed at the human diversity that our creative community thrives on. It's heartening to see our users stand up for the rights of ALL people – the response to our charity drive for the ACLU was massive! We are humbled and truly thankful for the support of everyone who donated."

Principled and nonpartisan, the ACLU is a guardian of liberty, devoted to protecting the basic civil liberties of everyone in America. For nearly a century, the ACLU has been at the forefront of virtually every major battle for civil liberties and equal justice, including free speech; reproductive freedom; women's rights; separation of church and state; racial justice; equality for lesbian, gay, bisexual, and transgender people; voting rights; immigrants' rights and workplace rights. Today, it brings together the country's largest team of public interest lawyers, lobbyists, communication strategists, members and activists to advance equality, fairness, and freedom – especially for the most vulnerable in our society.

"The ACLU is so grateful for the outpouring of support we have received from people across the country. Donations from companies like Soundtoys bolster our ranks as we prepare for the fight of our lives to defend the Constitution and the American values we hold dear, " said ACLU Chief Development Officer, Mark Wier. "Thank you, Soundtoys, for your generous support!"