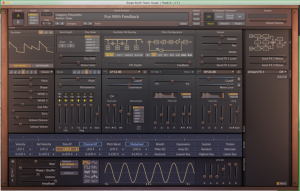 Surge 1.9 is a major feature expansion over January's Surge 1.8 release, including 4 new oscillator types, 15 new effects, a large number of microtuning enhancements (including support for ODDSound MTS-ESP), substantial new content including a set of patches tailor-made for the new oscillators by Jacky Ligon, and much more.

It is available at: surge-synthesizer.github.io

You can read the changelog at: surge-synthesizer.github.io/changelog

Surge is Free and Open Source software, released under GPL3.