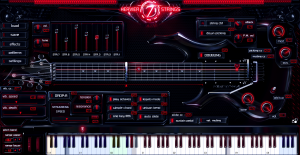 Three-Body Technology has announced the release of Heavier7Strings, a 7-stringed metal-style guitar virtual instrument with a complete effect rack and patterns library.

Here's what they say: "We saw so many people use add-on 3rd party effects rather than built-in effects for their virtual guitars. But things will change. The effect rack we provide for you is complete and of production-level quality, not just a toy."

The sampler used in Heavier7Strings is self-developed, no third-party samplers were used. It has following characteristics: 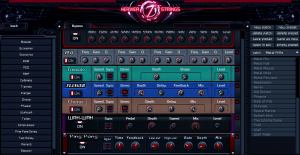 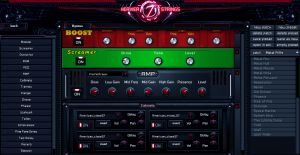 Heavier7Strings includes an effect rack. The effect rack has 19 effect modules, including AMP, Overdrive, Screamer, Flanger, Ping-Pong Delay, etc. The modules can be freely assembled, and all these modules can run in stereo to work with doubling mode.

The AMP and cabinet modules have following features:

In addition, the effect rack contains a preset manager to store effect presets, and a number of 200 factory presets are provided. 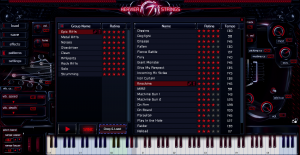 Heavier7Strings contains 200 predefined MIDI patterns, together with effect rack configurations. The style of these patterns range from metal, rock, pop, clean, and non-rhythmic noise and ambient sounds. All these patterns can be dragged into host DAWs, and users can define their own patterns by MIDI clip.

Find Heavier7Strings in the KVR Marketplace