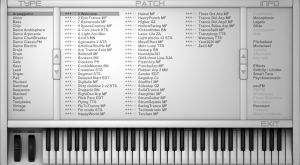 Tone2 Audio has announced the forthcoming release of Nemesis 2, a synthesizer plugin for Windows and Mac OS.

The update to v2.0 is a major update, which is available for free. It includes a big GUI, many new features, new waveforms, higher sound-quality, better performance and many enhancements.

Nemesis 2 is downward-compatible with all previous versions. All existing song projects and patches can be loaded without any further steps necessary.

Nemesis 2 features user-friendly copy-protection: No cloud, no dongle, no need to be online.

Find Nemesis in the KVR Marketplace