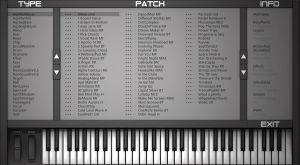 Tone2 Audio has updated the synthesizer-workstation Electra to v2.11. The update comes with VST3 support, a new standalone version and enhancements. It is available for free for all Electra2 users.

Find Electra2 in the KVR Marketplace