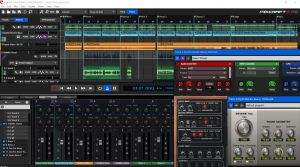 This introductory series, created by musician, producer and YouTuber, Cameron [aka Venus Theory], teaches all the core concepts needed to know to set up Mixcraft for the first time. Learn step-by-step basic mixing and mastering principles using Mixcraft 9 to share and publish your music.