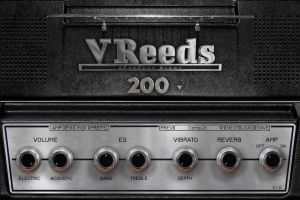 Following the steps of their B-5 Organ and VTines, Acousticsamples has released VReeds Electric Piano. They combined synthesis techniques and sampling to achieve a high level of playability, a completely continuous response (no velocity splits) and allows for advanced note by note tweaking while maintaining a realistic sound all while keeping a very small size of 70MB for two models.

VReeds is based on real samples of two Wurlitzer models, a 200 and a 200A. They were both fully restored with original and well adjusted Reeds, and had a precise action that allowed for a precise sampling while keeping all of the vintage Wurlitzer sound characteristics.