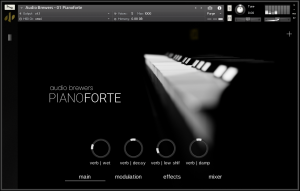 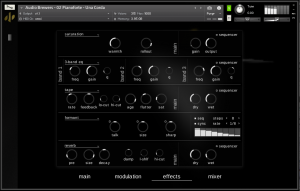 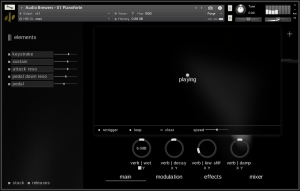 Audio Brewers has released Pianoforte, a Fazioli F212 Recorded, Mixed and Delivered in Ambisonics and Stereo.

Pianoforte features Sustains, Una Corda, Muted and more than 20 Sound Design Pad articulations, everything in native Ambisonics as well as in Stereo.

This means that regardless of DAW or delivery method, Pianoforte can adapt to any speaker array configuration from Stereo all the way to Binaural, Surround, Atmos and even for VR applications and custom speaker arrays.

Each of the versions were worked on independently to get the best results for each microphone configuration.

The Stereo version contains multiple dedicated mixes as well as microphone positions whereas the Ambisonics version comes in Mix Perspectives, which are immersive mixes that will let you experience the Piano from different positions.

Pianoforte also comes with more than 20 sound design pads (designed from the piano itself) which, thanks to the versatile engine, can be blended with the sound of the Piano to experiment with new sounds and find new alternatives.