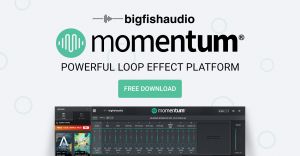 We've made the GUI resizable, the waveform zoomable, and the rest more intuitive and powerful than before. Below you'll find a full list of the new improvements as well as the litany of bug fixes. For long-time users this is good news for increased stability and usability, and a perfect time for new users to jump in because Momentum is still free.