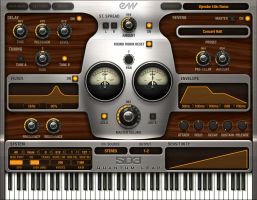 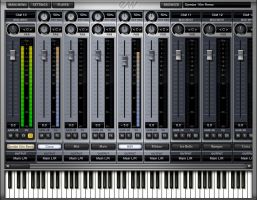 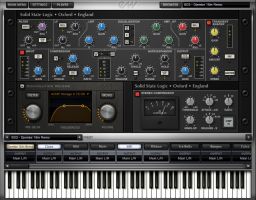 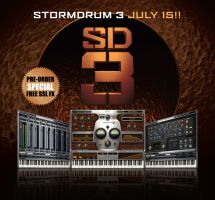 Stormdrum 3 is produced by Nick Phoenix, the creator of the Stormdrum 1 and 2. Phoenix collaborated with Mickey Hart, the Grateful Dead's "rhythm devil", as well as Greg Ellis, Chalo Eduardo, and Remo from Remo Drumheads. Together, the group captured over 90 gigabytes of all new percussion sounds for SD3.

Recorded in EastWest Studio A, Phoenix had access to the private collection of instruments from Mickey Hart's, and instruments hand-picked by Remo himself from his personal collection. All performances are by Mickey Hart and master percussionists Greg Ellis and Chalo Eduardo.

Finally, EastWest now offers SSL FX from Solid State Logic, and an upgraded EastWest reverb. The new FX section is available as an optional upgrade for all legacy EastWest PLAY collections, but will be included free for SD3 users. Customers who place a pre-order for SD3, scheduled to ship July 15, 2013, will be able to use the FX section for other PLAY collections as an additional bonus. The FX section includes a SSL EQ and Dynamics Channel Strip, Transient Shaper, and SSL's Stereo Bus Compressor; plus an upgraded "true stereo" reverb from EastWest, and new features.

Find Stormdrum 3 in the KVR Marketplace