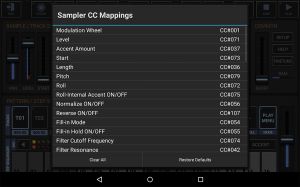 Planet-H has updated G-Stomper Studio for Android to v4.2. This new release allows full MIDI control of all modules in the application. It also comes with MIDI learn functionality, which makes life much easier when using external MIDI controllers. Be sure to check out the updated MIDI Documentation.

G-Stomper Rhythm and G-Stomper VA-Beast Synthesizer have been updated to v4.2 as well.