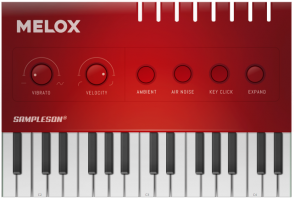 Sampleson has released Melox Pro. Adding a layer of scripting they have designed it to recreate the expressiveness of a real Melodica, including release velocities, noises, key clicks, air sound, and mechanics. It also includes a Binaural option for increasing realism.

This is what they say: "We captured articulations from real playing. Meaning we play a song along (Autumn Leaves in fact) and we stop playing on every note we want to capture as a new articulation. This technique makes MELOX Pro Melodica special."