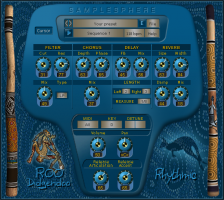 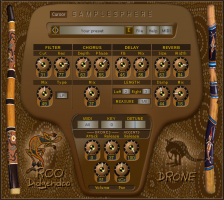 Samplesphere has announced the release of version 3.0 of ROO Didgeridoo for Windows as a VST instrument plug-in.

ROO Didgeridoo was developed from actual didgeridoo performances and consists of 2 separate instruments, Rhythmic and Drone.

ROO Rhythmic is not loop based, making it very easy to create highly original, realistic didgeridoo rhythmic sequences. Creating a track with ROO Rhythmic is similar to creating a drum track.

ROO Drone is loop based with all drones looping until release.

How do I get the upgrade from Roo Didgeridoo v2.0 which I have just bought ?