SonicProjects has announced the release of OP-X PRO-II, the new top flagship of the OP series offering many extensions and new features over OP-X PRO based on collected customer requests and SonicProjects own new ideas. 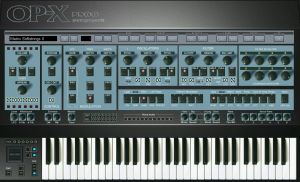 The synth ships with a built-in library of more than 1500 patches including many original '80ies hits patches and famous synth emulating banks including Jupiter-8, Prophet-5, Matrix-12, OB-X, Polymoog, Minimoog and Synthex.

Priced at $179, with an introductory promotion price of $159, OP-X PRO-II is available now for Windows as a VST instrument plug-in. Upgrade deals for existing customers start at $35.

A special "VFX Version" for Intel-Macs is also available.