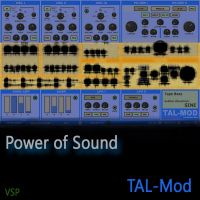 VSP has announced the release of Power of Sound, a new soundset that they say has been designed "to push TAL-Mod to the next level of sonic explorations".

Find TAL-Mod in the KVR Marketplace