The nominations for the 2021 KVR Readers' Choice Awards are in, as voted for by the KVR community. Voting is now open so make yourself heard here.

We present to you the top 5 nominations for 'Favorite Ethnic Virtual Instrument'.

During this phase KVR members can choose their preference from the shortlist in each category (or stick with their previous selection, or choose another if they prefer, who are we to judge?) Spread the word, tell your friends, tell your enemies, tell your mum, #kvrrcas. All categories are optional. Please note that Freeware and Donationware products should not be voted for in any categories except Favorite Free Virtual Instrument and Favorite Free Virtual Effect Processor. Everyone can change their nominations / votes at any time until the voting closes.

NOTE: If the product you wish to vote for isn't in the KVR Product Database yet please contact the developer and ask them to add it.
Who won last time? Find out at kvraudio.com/2020-kvr-rca-winners 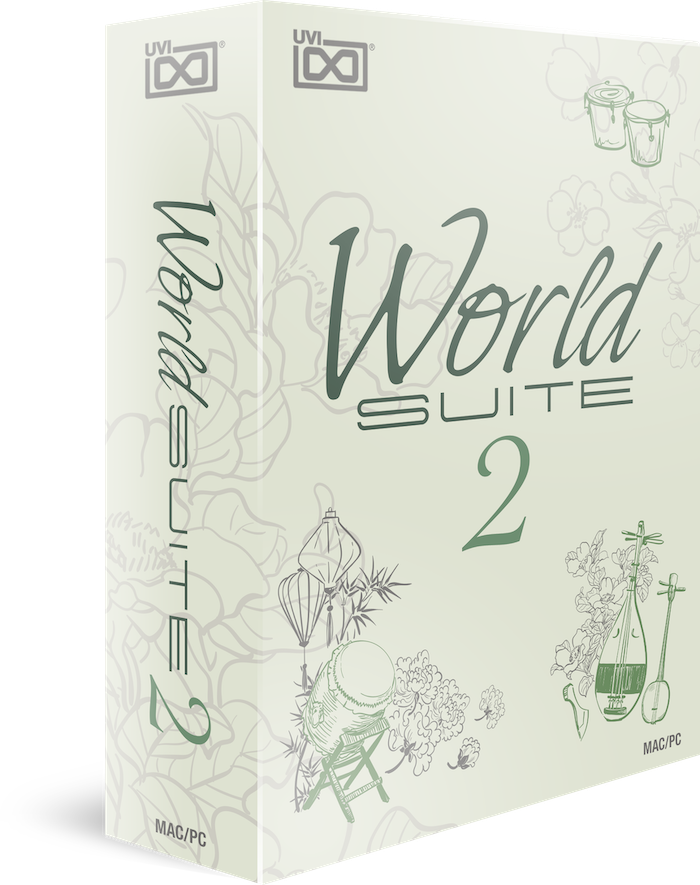 With 369 instruments at your fingertips World Suite 2 delivers thousands of years of musical culture from every major continent and ethnic tradition. Explore the sounds of our global heritage and traverse the most secluded corners of the world for inspiration with hundreds of playable instruments and thousands of authentically performed loops and phrases.

World Suite's scope is truly massive, it's one our largest libraries yet including well over 65,000 samples and representing years of planning, recording, editing, coding and design to realize. The vision was simple, we wanted to create a single library that would allow anyone to quickly and easily navigate to any region of the world, browse local instruments and begin playing. Journey to Africa and feel the primal drive of tribal drums and the hypnotizing resonances of the MBira, to Asia and Indonesia for the delicate strings of the koto, mystical shakuhachi flutes and the cerebral gamelan, or to Australia for the didgeridoo and ancient percussive instruments of the aborigine... Wherever you want to go World Suite can be your musical guide with the largest and most complete collection of traditional instruments ever in software form. 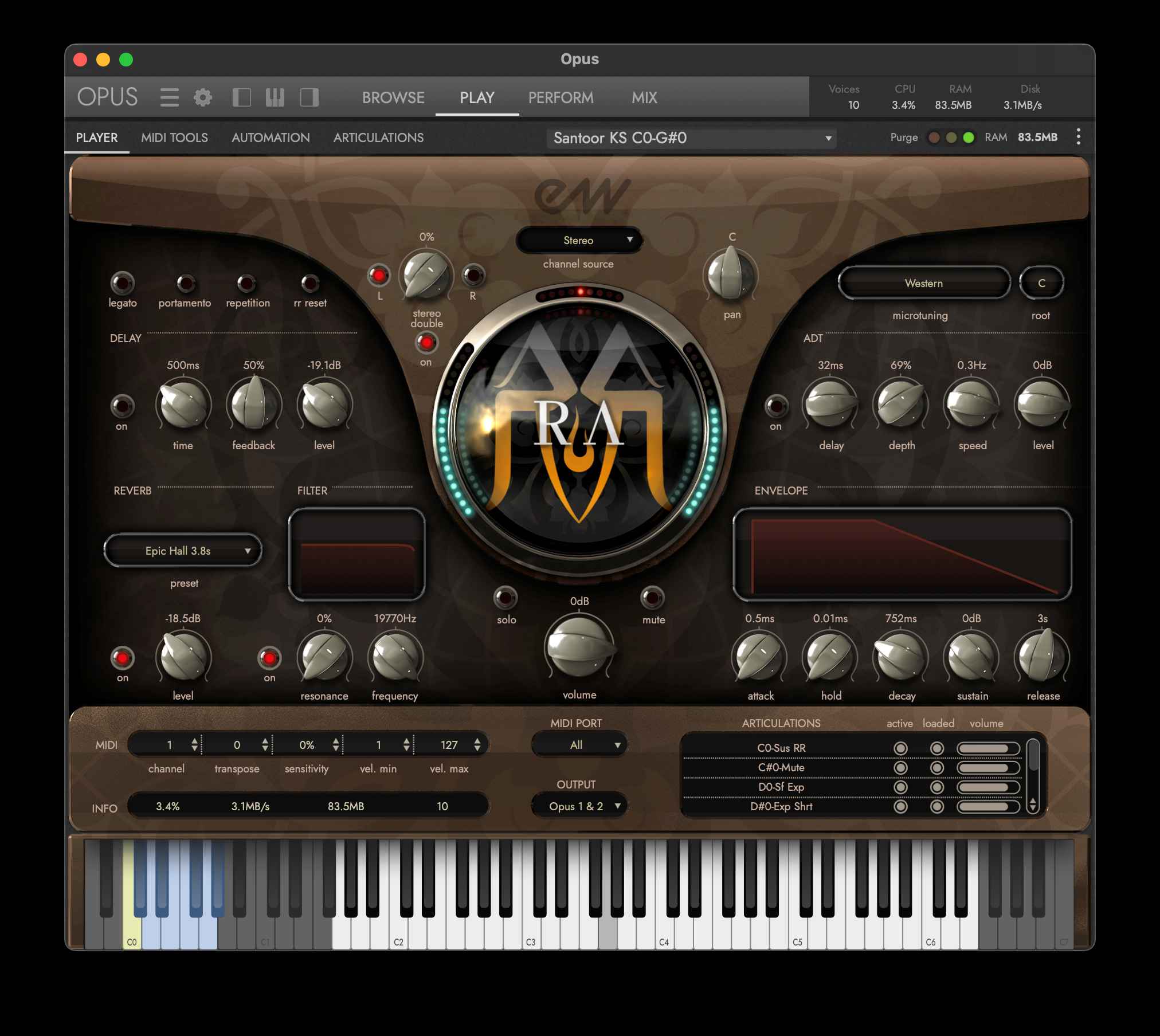 EastWest/Quantum Leap RA provides composers with access to a variety of rare and unique instruments from Africa, Europe, India, the Americas and Australia, the Far East, and the Middle East and Turkish Empires. Musicians will find that RA has an amazing sound quality and they'll marvel at the articulation of each instrument which has a wide range that goes from controlled to expressive. All of the instruments and ensembles featured in the collection were sampled extensively as a means of preserving the true character and expression of each instrument. For the first time, users will have more control over the sounds offered in the collection along with the ability to load even more instruments than ever before.

With the combination of EastWest/Quantum Leap Ra, Gypsy and Silk collections you have the most detailed and expressive ethnic instruments ever produced.

"With ethnic instruments, the key to authenticity of sound is expression, " says EastWest/Quantum Leap Producer Nick Phoenix. "Now with the incorporation of our advanced PLAY sample engine, with its built-in sensing technology that monitors a player's style and adjusts the software and sounds accordingly, users will experience a level of detail that was lacking in other products in the market, making their projects come to life with range and emotion."

For owners of Ethno World 4 or 5 Professional 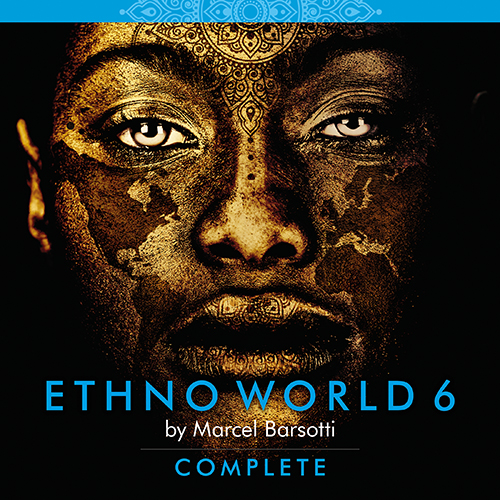 ETHNO WORLD 6 Complete is the summit of a library that has continuously grown and been improved over a period of 16 years. In this sixth edition, 80 new instruments and voices with a volume of 13 gigabytes have been added to the library.

Awarded film-composer Marcel Barsotti (e. g. Pope Joan, The Miracle of Bern) has gathered a gigantic selection of instruments from all over the word and has additionally recorded a wide choice of solo-voices and choirs from widely varying cultures.

ETHNO WORLD 6 Complete now consists of 320 instruments and voices being summarized in approx. 800 patches. For the most authentic sound, the instruments have been recorded with different play techniques that can be easily and precisely accessed from the patches by key-switches. The library consists of 33.4 gigabytes (uncompressed) of sample data and 28,789 samples. All instruments are delivered in a resolution of 24-bit and 44.1 kHz.

For the recordings that have been carried out under the direction of producer Andreas Hofner, over 70 musicians and singers from all over the world were involved. Recordings took place in different local studios with the use of first-class gear such as microphones by Neumann and Brauner, SPL preamplifiers and converters by RME.

ETHNO WORLD 6 Complete comprises an incredible spectrum of instruments and voices from the most diverse regions of Asia, Africa, Europe, North- and South-America. Here, you will find the fitting instruments and voice-recordings for folkloric, ethnic as well as for modern music. 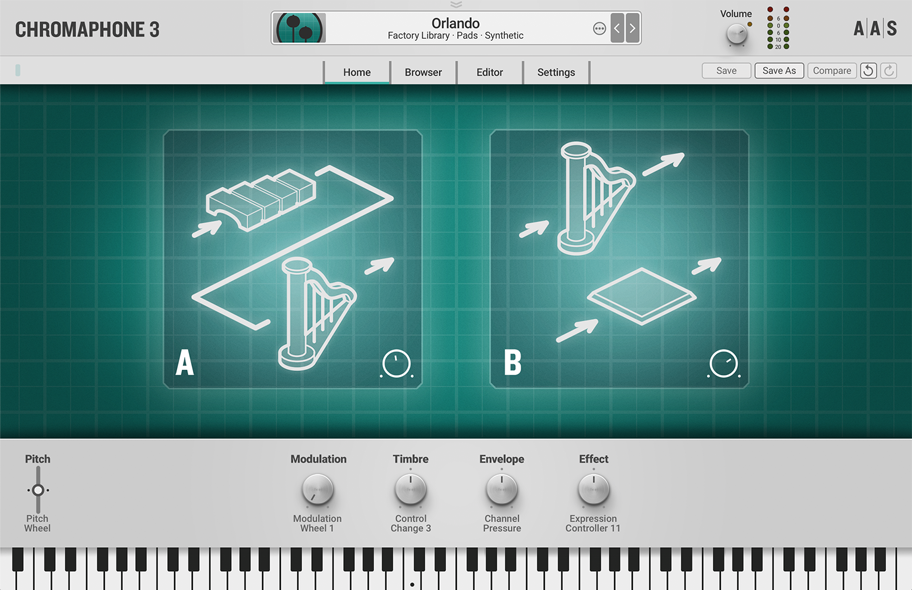 Chromaphone 3 is a two-voice synthesizer based on eight physically modelled acoustic resonators. This versatile instrument provides a delightful mixture of real-life presence and distinctive timbres that can't be found anywhere else. Chromaphone 3 ships with 1000+ presets taking full advantage of its state-of-the-art acoustic object synthesis. 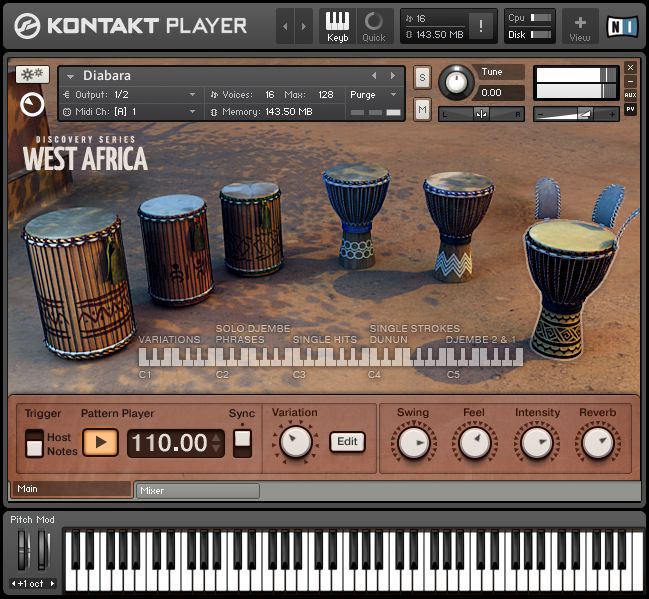 Discovery Series: West Africa centers on the infectious polyrhythmic grooves of traditional African music. For use in Kontakt 4 and in the free Kontakt Player, the instrument provides the full sonic spectrum of a West-African percussion ensemble, and represents a unique and highly versatile resource for film scoring as well as contemporary pop and club music styles.

Recognising the substantial influence of traditional African grooves on contemporary Western music, West Africa provides the typical percussion and melody instruments of the region, combined with a versatile array of authentic and instantly usable polyrhythmic patterns. The instrument faithfully recreates a typical six-person percussion ensemble centered around multiple types of Djembe and Dunun drums. This setup is complemented by Calabash and Krin, as well as unique melodic instruments like the Kora and Bolon harp, various Balafons, the distinctive Ngoni, and the Fula flute. All instruments were recorded with painstaking precision in Native Instruments' studios in Berlin, resulting in 3 GB of studio-quality sample material.

West Africa features a specifically designed sequencer that provides over 70 pre-programmed ensemble patterns with complex West-African grooves, complete with solos, fills and single hits that can be intuitively triggered via the keyboard. Patterns automatically sync to the tempo of a host sequencer, and can be easily edited or created from scratch using an intuitive visual interface. With advanced options to modify the feel and intensity of the groove, a choice between heptatonic and chromatic instrument scales, and a wide range of ensemble configuration options, West Africa provides all necessary means to recreate the profound sonic impact of traditional West-African music with all its intricacies and universal appeal.