Homegrown Sounds has announced the release of Fractionate, a MIDI Euclidean Sequencer for Kontakt, and the resumption of the Serenity Group Buy (which was cut short due to health problems). 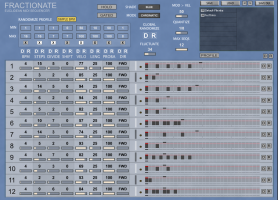 Fractionate is a unique exploration of Euclidean MIDI sequencing. The idea is that you play the keys as a normal chromatic instrument and a sequence is then played at the pitch of that note. There are a few modes that determine how sequences are assigned, the main chromatic mode gives a sequence for each note in the scale so that playing a C will always trigger sequence 1. There are also cycle modes that advance through the sequences each time a new note is played as legato, and reset when all are released. There is also a random mode which will select a random sequence. The gated button will force all sequences to be synced together rather than the normal polyphonic operation where each note uses its own clock.

Euclidean sequences are based on an algorithm which takes 'A' number of steps and distributes 'B' number of pulses as evenly as possible which results in fascinating rhythms. It is more often used for drums however it works great for melodic sequences too. You could also point this at a drum kit as it is a MIDI sequencer and so the instrument generates no sound of its own, but is designed to be pointed at a hardware synth or VSTi.

Intro Offer: $19.99 (Reg. $34.99). Sales of this product also contribute to the Serenity Group Buy membership number to help it along. 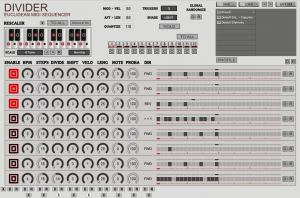 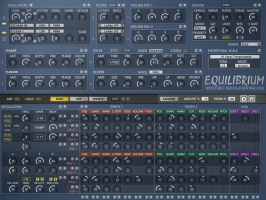 The Serenity Group Buy was cut short due to health problems and is now resuming where it left off. It has achieved level 6 seeing 'Divider' released - a different type of sequencer based on euclidean rhythms.

So far the group buy has also unlocked 4 wavetable based Instruments as well as 1000 wavetables.

Future levels will unlock a dedicated MIDI drum instrument along the lines of Divider, followed by a version which will have a drag and drop sample system for samples.

The group buy costs $24.99 to join and you get immediate access to all unlocked products.

There is also a new Group Buy Discussion Thread on KVR.